You don’t have to win the Powerball—a few financial tweaks now could shave years off your retirement countdown.

Tanja Hester is not your typical retiree. Sure, she fills her days with hobbies (hiking, skiing, traveling, volunteering) and never punches an office clock, but—already a year and a half into her post-work life—the former political communications consultant is only 39. Her husband, Mark Bunge, who also retired in December 2017, is 42. Over a six-year period of aggressive saving and budget trimming, the couple socked away enough to last them the next five-plus decades of simple living.

Tanja's story may sound extreme, but the truth is, a lot of people can reduce their working years, with a little financial foresight and planning. "Many middle-class-and-up folks could retire earlier than they think, even without having big advantages," says Hester, who now lives in Lake Tahoe, Calif., and recently wrote Work Optional: Retire Early the Non-Penny-Pinching Way ($10; amazon.com). In fact, there's an entire movement of people retiring in their 30s and 40s—they call it FIRE (financial independence, retire early). Even if you can't or don't want to quit work quite that early, you still have the power to bring your retirement date forward a bit—by making smart money moves now.

Be mindful about money.

If you're putting 15% of your income toward retirement, most financial planners will give you an enthusiastic high-five. But to truncate your earning years, you need to save dramatically more for simple living later. For Hester—who set up automatic payments so that over 50 percent of her paycheck went toward saving, investing, and making extra payments on her mortgage—living on less was made easier by formulating a "money mission statement."

She determined which expenses brought her joy (travel, for instance) and which didn't (new clothes, unnecessary takeout), and then she attacked the low-joy parts of her budget. "So much of our spending is mindless," she says. "When you really start tracking, you'll be surprised by how much you can scale back and save."

Before you stash that extra cash in a retirement account, tackle any non-mortgage debts, says Deacon Hayes, founder of the financial education company Well Kept Wallet and author of You Can Retire Early! ($8; amazon.com). "Any interest you're paying is snowballing you in the wrong direction," says Hayes. If you get that balance to zero, you could bump your yearly retirement contribution by more than a grand and not even feel the pinch.

Spending significantly less than you earn may feel uncomfortable, even unfair, but it's a great way to see how disciplined you'll be once you've kissed your paycheck goodbye. "If the sacrifices feel really onerous, working longer may be more realistic than rushing to retire," says Jill Kismet, a chartered retirement planning counselor with Plan for Joy in Tucson, Ariz.

Set a goal (and get a second opinion).

For a quick retirement target, some analysts use the 4% rule, which loosely means that withdrawing up to 4% of your investment portfolio a year will sustain you throughout a 30-year retirement. "So in very broad strokes, if you have $1 million and can live on $40,000 a year, you shouldn't run out of money for 30 years," says David Day, a certified financial planner and wealth manager at Gold Medal Waters in Boulder, Colo. "But in reality, that's kind of an antiquated calculation." A proper financial plan needs to take into account factors like rising health care costs (Medicare eligibility doesn't typically kick in before age 65), increasing longevity, inflation, and the fact that your expenses may be higher if you retire earlier.

Let's say your portfolio is spread across stocks, bonds, and cash savings and you hope to quit work at 55 and live on $50,000 a year simple living plan. With $1 million, there's only a 73% chance your money will last. To get that probability closer to 90%, you could aim for more like $1.3 million in savings, scale back your retirement spending to $40,000 a year, or work for an extra eight years. Note: Even if you're a numbers nerd and love online money tools, it's worthwhile to ask a fee-only certified financial planner for a second opinion, says Hester.

Typically, pulling funds out of a traditional IRA or 401(k) before age 59½ incurs a 10% penalty, plus you have to pay income tax. There are rare exceptions, like the so-called rule of 55, which allows people 55 and over to make withdrawals from their current employer's 401(k) plan if they leave that job. With a Roth IRA, in which you pay taxes on your contributions up front, you can pull out your principal before age 59½ as long as you've had the account open for at least five years.

"If you plan to retire before 59, you need a brokerage account for the majority of your money," says Kismet. (Think online options or more traditional brokerages, like Fidelity.) An easy way to retire with more? Avoid high management fees. A 1 percent fee may not sound like much, but over 30 years it could shrink your portfolio by more than $200,000, according to a NerdWallet analysis. Find a fund with a 0.5 percent fee, and you'll be sending out invitations to your retirement party that much sooner. 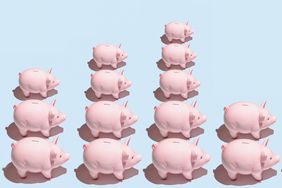 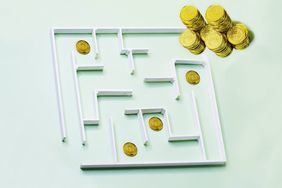 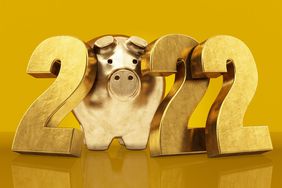 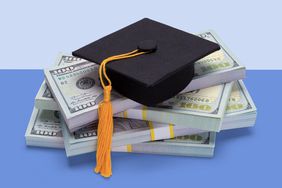 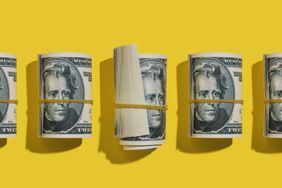 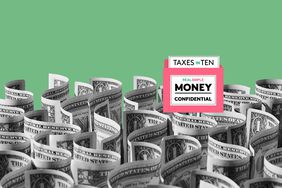 How Do My Investments Impact the Way I File My Taxes? Find Out on the Money Confidential Podcast
How to Pick the Right Age to Retire for You 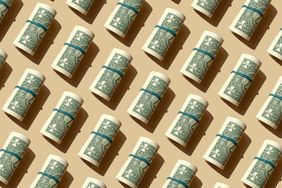