The pay disparities between men and women can seem insurmountable, but there are steps we can take to resolve them.

In 1973, the Department of Labor reported that women only made 57 cents per every dollar made by men. What did they do about it? Well, they created a PSA in which Batgirl demanded that Batman pay her the same amount Robin received, or else she wouldn't disable a ticking time bomb set to end the caped crusaders. "Same job, same employer means equal pay for men and women," she said, explaining the federal equal pay law was enforced by the Wage and Hour Division of the U.S. Department of Labor. As clever as it was then to use superhero imagery, time has shown that no masked or suited avenger is actually coming to save us. Instead, we've got to do our own change-making, no matter how slow or tough.

The Bureau of Labor and Statistics reported that nearly a half-century later, in 2020, "women's annual earnings were 82.3 percent of men's, and the gap is even wider for many women of color." Fifty years have only brought us 25.3 more cents to the dollar, and the great "She-cession" set women's labor force participation back thirty years. February 2021 data mirrored that from 1987, with only 55.8 percent of women employed in the workforce.

Equal Pay Day symbolizes how far into the year women must work to earn what men earned in the previous year, and this year it falls on March 15. The day was created by the National Committee on Pay Equity (NCPE) in 1996 to heighten visibility around this age-old bias and to set things straight through education and advocacy. Today, the committee encourages employers to conduct a pay equity self-audit to evaluate recruitment, compensation, and retention data in a holistic way. But that isn't the only actionable solution available. Certified public accountant and money strategist Belinda Rosenblum and serial entrepreneur and leadership expert Shannan Monson share four things you can do right now to close the gender pay gap.

Action #1: Do the math on student loan debt.

According to 2020 data from The Center for American Progress, as reported in Investopedia, "Female borrowers typically require more education to earn a wage equal to less-educated men. In fact, to exceed the lifetime earnings of a male graduate with just an associate degree, a woman may need at least a master's degree." Yet, women, particularly women from underrepresented backgrounds, often feel compelled to invest in more higher education, even when it is not affordable. Otherwise, they fear getting passed up for employment altogether. The AAUW's "Deeper in Debt" report for 2021 shared that Black women have the highest student debt burden ($41,466.05 cumulative debt on undergrad loans, including principal and interest), yet women's anticipated salary right after graduation is just $29,203 after taxes.

If you're a woman saddled with student loan debt, learn more about forgiveness programs, discharge programs, and employer-led repayment options. Apply for grants and consider crowdfunding, because, realistically, it's not likely that your salary alone will wipe the slate clean. Don't feel ashamed if you're struggling to pay for basic necessities and keep up with your student loans at the same time.

If you're an ally with disposable income, consider directing charity or philanthropy to individuals rather than institutions. Instead of, or in addition to, donating cash to an alma mater's giving fund, make a direct student loan payment to a responsible sister, neighbor, friend, or female co-ed, who would really benefit from such a meaningful contribution to their future.

Action #2: Use your seat at the table to change hiring processes.

When asked how employees can lead systemic change, Monson said, "Honestly, I think we need to burn the current hiring system to the ground." She says that the way employers find and hire talent is fundamentally based on who you know, where you went to school, and how many advantages you have. Even filtering applications for women and diverse applicants lends itself to elite biases. "A good place to begin is to start hiring based on skills, not tenure," she says.

People managers might balk, but many of the day-to-day decisions that perpetuate the gender wage gap fall under the discretion of first-line managers and supervisors who don't recognize their own implicit biases. Sitting on a hiring panel, signing off on new-hire compensation packages, and providing promotion and bonus feedback are all opportunities to make an impact on the gender wage gap. Rather than replicate the status quo, be the changemaker who applies LeanIn.org's "five concrete ways to reduce bias in hiring and promotions" in your workplace:

Yes, implementing these steps—or refusing to participate in a hiring process until these steps have been taken—might delay the start of a new hire on your team. But the best candidate—not simply the most credentialed one—is well worth the wait.

A Credit Karma survey showed that 66 percent of women think their current salary is holding them back from reaching their financial goals. Of course, self-advocacy is key, but putting all the burden on new hires and underrepresented people to demand more money is the corporate equivalent of victim-blaming.

"The existence of the gender pay gap, and all pay gaps, reinforces that women and minorities are both underrepresented in the higher-paying roles of society and underpaid for similar roles," says Rosenblum. "As a result, the decisions made, ideas created, and privileges granted at those higher levels will naturally favor men. Sponsors, mentors, and co-workers with privilege can remedy underearning by advocating for pay transparency.

If you own or run a company, consider these changes:

If you don't own a company, but care about the issues:

According to a 2020 report from the Brookings Institution, "women receive Social Security benefits that are, on average, 80 percent of those men receive." Why? Lower lifetime earnings, the motherhood penalty, and employment breaks for caregiving combine to leave aging women financially vulnerable in their golden years.

Of course, bridging the pay gap and offering paid parental leave earlier in life would mitigate this fallout, but those hypotheticals won't help retired women right now. Strengthening social security could help at the policy level. On a personal level, though, it is important to be respectfully vigilant about protecting your matriarchs' finances. Ensure that the special women in your life have the right kind of health insurance and adequate long-term care insurance. If you're expected to be financially responsible for their care, oversave for their needs and watch out for signs of senior scams.

"For perspective, women have only had the right to open a bank account for the past 62 years," reminds Monson. That is only part of the reason why women lag behind men in financial literacy. On Equal Pay Day, it is important not only to fight hard for true equality for all, but also to do everything within our power to make sure that our aunts, mothers, grandmothers, and other beloved women in our lives don't financially suffer in silence or shame.

Was this page helpful?
Thanks for your feedback!
Tell us why!
Related Articles
Latina Women Earn Less Than White, Black, and Native Women—Here's How We Can Close the Pay Gap
Between the Great Resignation and the She-cession, Employers Need to Do More to Keep Employees Around 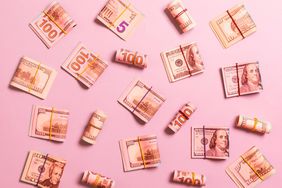 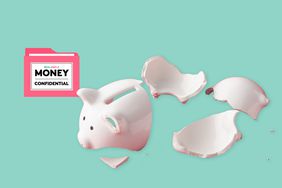 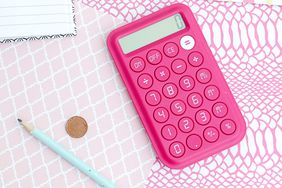 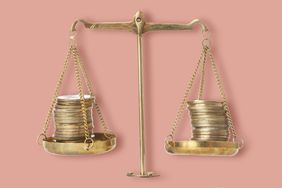 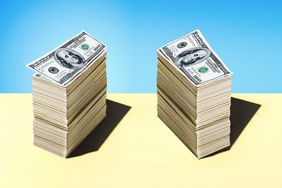