Samantha is a writer, runner, and avid plan-canceler living in Manhattan. In between Netflix binges, she’s working her calligraphy side hustle at @samzawrites.

Political arguments are an issue that's plagued family holiday celebrations for decades, but lately it seems to be particularly pronounced. In theory, healthy, productive political discussions between smart, grounded loved ones should be encouraged; but, in reality, the often-controversial subject of politics is more difficult to contain than ever, especially at holiday gatherings where family members of different political views feel comfortable enough to go head-to-head (and particularly after a few cocktails). It's rare for the conversation not to teeter on the edge of discomfort, at the very least.

Despite your being blood relatives, a range of factors can cause political arguments between family members, including generational divides, personality types, varying levels of education, and personal political opinions. And these days, these can be dangerous waters to navigate at a family dinner or event.

From an etiquette standpoint, politics have no place at the table. "Tradition would dictate you don't speak about politics at the table," says Elaine Swann, an etiquette expert and CEO of her own lifestyle and coaching company. "But because of our modern society today and the current political climate that's super prevalent in our everyday lives—whether it's a policy or a law that is affecting many of our lives—stifling guests or family members from having a conversation at all would be difficult."

So what can you do? We spoke to a few etiquette experts who weigh in on what to do to prevent an overheated political argument between family members who butt heads—and exactly what to say if things get out of hand. Here's how to prepare and keep the peace as everyone arrives for the holidays.

If you're bringing a new boyfriend or friend to dinner, be proactive. Grab a parent, sibling, or other trused close relative and make a plan to be the peacekeepers. If your parent is often the one starting debates, it's OK to respectfully ask them to tone it down for the evening, says Diane Gottsman, founder of The Protocol School of Texas. Try saying, "I want to be comfortable, and part of that is not wanting to feel 'on guard.'"

Have conversation starters and activities at the ready.

As for the keeping difficult conversations to a minimum, one etiquette expert recommends the host create a list of planned talking points, like discussions about food and travel. "The holidays are a time to reflect on positive subjects, not doom and gloom," says Jacqueline Whitmore, founder of the Protocol School of Palm Beach.

If everyone's milling about and starting to argue, send them outside or set up a game of charades. "This way, they're not talking, they're just doing something," Gottsman says.

If you're hosting, seat people strategically.

Normally, you can trust everyone to find their own spot at the table, but if you have a few family members who love to stir the pot, a seating chart could save the day. "Mix it up," Gottsman says. "Put somebody you know can hold their own next to that person."

Have a designated room for political talk.

Hosts have the burden of ensuring an event runs smoothly—and they shouldn't just plan ahead for the food and decor. Both Swann and Thomas P. Farley, an etiquette expert, consultant, and speaker, agree the host should designate a room (with a door that can close), or a specified time, for any kind of political conversations. That way, those who wish to participate, debate, or share their points of view will have the opportunity to do so in a controlled setting, away from those who'd rather not partake.

Not to state the obvious, but if you're hoping to avoid a heated debate at the dinner table, don't stoke the flames yourself—as hard as it may be to keep your mouth shut sometimes. An impassioned speech won't change your relatives' political leanings, Farley says. While it may be particularly hard if you know one relative of yours has what you believe is an uninformed point of view, try to hold back.

"If you're worried you can't hold your peace, I'd enlist an accountability partner," Farley says. In other words, find someone who can help you steer the conversation in another direction if it goes awry.

As a guest, make it known when you're uncomfortable.

Whether or not you're familiar with the family dynamic, or your relatives' political standings, Swann says guests should alert the host right away if they're especially uneasy. Before the event, guests who think this may be an issue should consider what kinds of suggestions they can give the host to alleviate the situation. A good host will recognize your feelings and help handle the situation quickly. Additionally, or making it clear to other guests that they don't wish to speak about the subject.

Have an exit plan for sticky one-on-one conversations.

Luckily, there's a polite way to back out of an uncomfortable dialogue using a single sentence. If you're stuck in one of your uncle's classic tirades, for example, put it to a halt by saying his name, Gottsman says. It will make him feel heard. Then, follow with: "I love you, but I don't want to get into a debate right now. Let's agree to disagree." You have to "own it," says Gottsman. Simply put: If you want to end a debate, say so.

If the table gets fired up, propose a toast.

A surefire way to get everyone quiet is to raise your glass to the family, Gottsman says. As soon as the shouting becomes unbearable, toast to love, gratitude, and the chance you all have to be together. Then, redirect—possibly to a child's recent accomplishment or a funny TV show you know everyone would love.

Prepare for the inevitable (and keep an open mind).

As Swann says, politics are a difficult topic to avoid—they've entered so many facets of life, and simply trying to stifle them at the dinner table may not be the best option. Of course, some conversations can be helpful, and going into them with an open mind is highly recommended.

"If you have family members who can enjoy a respectful, thoughtful political discourse and still be smiling at the end of it, and feel they both learned something, then that kind of healthy engagement isn't a bad thing," Farley says. But, he and other etiquette experts warn that that's not usually the case.

Often the only thing you can do is to remove yourself from a situation. "Sometimes you can't change crazy," Swann says. "If there's nothing they're going to do to change their perspective, you can change how you deal with it." She suggests that anyone uncomfortable with a situation can remove themselves entirely and even find a fun game to play with the kids. 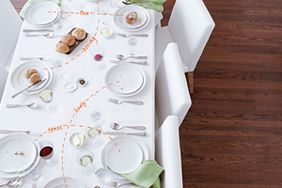 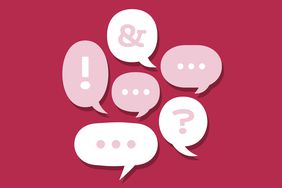 8 Phrases You Should Never Say at the Holiday Table 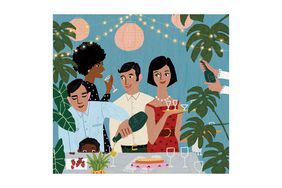 How I Learned to Throw Amazing Parties, Every Time
How to Confront Someone if Confrontation Is Basically Your Worst Nightmare 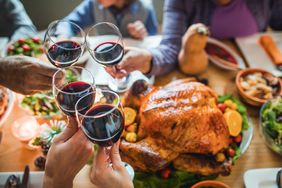 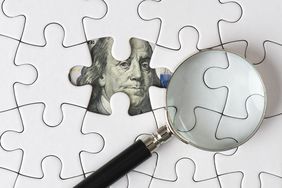 7 Things You Should Do When Your Parents Haven't Saved for Their Retirement
Is It Better to Rent or Buy a House? How to Know Which Is Best for You 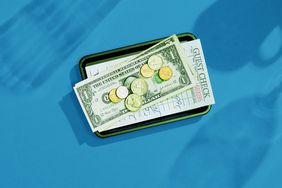