Grab some popcorn (and a box of tissues while you’re at it).

Lisa Milbrand
Lisa Milbrand has more than 20 years of experience as a lifestyle writer and editor, writing thousands of articles on topics that help people live better and healthier lives for Real Simple, Parents, and dozens of other top publications.
Real Simple's Editorial Guidelines
Fact checked by
Danielle Slauter

One of the best ways to celebrate Pride Month this year is to set up your very own LGBTQ+ movie fest. Fortunately, the streaming services offer plenty of films and TV shows that depict the queer experience in a variety of ways. They all help convey that no matter which end of the sexual or gender spectrum the viewers identify with, they are not alone.

And each streaming service has set up its own pages to spotlight the very best LGBTQ+ content—you can see what's available on Netflix, Hulu, HBO Max, Amazon Prime, and Peacock TV. (These pages include TV series as well, so you can binge—or re-binge—a Pride-friendly show like Schitt's Creek, RuPaul's Drag Race, Queer Eye, Pose, and Glee.)

So pop the popcorn and break out the bubbly while you settle in for a Pride movie night.

RELATED: 13 New LGBTQIA+ Books That Are Perfect for Pride Month Reading (and Beyond)

1. Portrait of a Lady on Fire

This French historical drama, set in 1770, utilizes the time-tested plot of forbidden romances, following a female painter who is commissioned to paint the wedding portrait of a young woman—and ends up enamored with her.

2. But I'm a Cheerleader

This 2000 cult classic may deal with rather heavy content—following a suburban teenager (Natasha Lyonne) who is sent to conversion camp when her parents suspect she's a lesbian—but it's a surprisingly whimsical satire that encourages self-acceptance and a lot of laughs. Other members of the star-studded cast include RuPaul, Michelle Williams, and Clea DuVall.

Where to watch: Amazon Prime Video

Broken into three chapters, this A24 film chronicles the life of a young Black man in Miami—from childhood to adulthood—as he grapples with his identity and sexuality.

Every movie marathon needs to include a rom-com. This one follows Simon Spier, a charming 17-year-old who no one knows is gay—except the anonymous classmate he's fallen for online. Added bonus: Jennifer Garner plays the mom in this heartwarming flick.

Only 42 percent of Americans have friends or family members who are trans—which means that more than half of the population only understands trans people based on how they are represented in the media. Disclosure chronicles 100 years of trans representation in the movies and TV shows and how that's colored the conversation about trans people.

This feel-good film adaptation of the popular Broadway musical follows high schooler Emma who wants to bring her girlfriend to the prom. When the head of the PTA tries to stop her, a crew of Broadway pros decide to head to her small town to try to ensure she gets her prom wish.

This biographical musical film based on the life of British musician Elton John snagged a bevy of awards nominations, and it's not hard to see why. Taron Egerton's portrayal of one of the most iconic figures in pop history showcases his epic transformation from small piano prodigy to international superstar, while also depicting how his homosexuality drastically affected his lifestyle.

Like a modern-day Cyrano de Bergerac, teen Ellie Chu tries to help an athlete classmate woo his love interest—only to realize she has a major crush on the same girl.

Coming of age is even harder when you have to come to terms with your controversial sexuality. This 1984 comedy-drama explores sexuality and gender identity, falling in love, and the pain of heartbreak through the eyes of an awkward adolescent boy.

An LGBTQ roundup isn't complete without the iconic Brokeback Mountain—the misty-eyed love story delivered by Jake Gyllenhaal and the late Heath Ledger always ranks near the top of all-time favorites. If you're not familiar with the plot (in which case, go watch it now!), a rodeo cowboy and ranch hand spend a heated night together on Brokeback Mountain. Through the course of 20 years, the two maintain their sporadic affair while being married to their respective wives.

When best friends Molly (Beanie Feldstein) and Amy (Kaitlyn Dever), two academic overachievers who have spent their entire high school lives preparing for college, realize that their fellow party classmates got into the same Ivy League schools, they decide to let loose and make the most of their pre-graduation night.

In Emmy-winning comic Hannah Gadsby's second special, Douglas, she talks more about her life as a member of the LGBTQIA+ community—including a hilarious bit where she compares lesbians to unicorns. 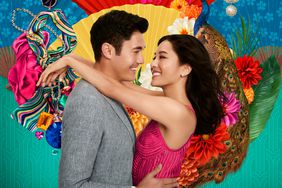 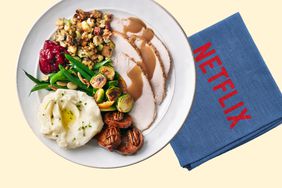 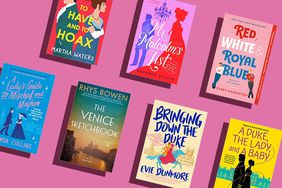 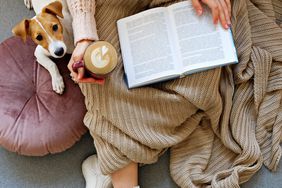 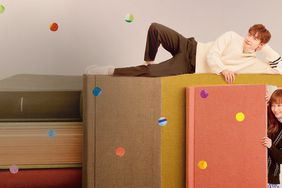 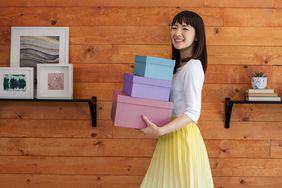