Your high school self spurned these great reads? Adult You might feel differently.

Amanda's first book, STROLLER, is forthcoming from Bloomsbury's Object Lesson series in 2022. Some of her essays have appeared in the 2021 Connecticut Literary Anthology, Guernica, The Rumpus, The Millions, n+1, Electric Literature, Carve, The American Scholar and the Ploughshares Blog. She has also written pieces about long-distance running and teaching (her other fascinations) for JSTOR Daily, The Washington Post, Real Simple, Women's Running and ESPNW. Amanda lives in Connecticut with her husband and two kids where she teaches at Fairfield University and the Westport Writers' Workshop.

When I taught high school English, I found myself rereading the classic books I'd first encountered when I was a teenager myself. Some of these books, like To Kill a Mockingbird or The Great Gatsby, had left an impression on me years ago. Characters like Boo Radley or Daisy Buchanan have even become a part of our conversations beyond the world of books. One of the best surprises about rereading some of these classic books, though, was seeing how much I'd missed the first time around. Books like Virginia Woolf's To The Lighthouse or William Faulkner's The Sound and the Fury deal with mortality and legacy in ways that resonate differently with the perspective of adulthood.

Although some of the books on this list have been published more recently, they explore timeless questions and concerns. Jesmyn Ward's Sing, Unburied, Sing explores issues of race and class in America and J. M. Coetzee's Disgrace tells the complicated story of forgiveness in post-apartheid South Africa.

A lot of the nonfiction that flies off the shelves of local bookstores deals with current cultural trends or events or offers advice for self-improvement. But, the nonfiction that has best stood the test of time is a striking combination of complex, beautiful and informative. The essays in James Baldwin's Notes from a Native Son explore self-perception, identity, and the way we make sense of the world around us, making them universal. Truman Capote's In Cold Blood is captivating not only because it's a true crime book but also because he's able to make readers consider the nuance and complexities of characters who might easily be portrayed one-dimensionally.

Whether you've encountered other work by authors like Marilynne Robinson or Margaret Atwood before or have read some of these titles in school decades ago, whether you gravitate toward fiction or nonfiction, the titles on this list are complex, thoughtful, and rich enough to be considered the best classic books.

Jamaica Kincaid's coming of age novella, Annie John, is set in mid-20th century Antigua. Told through evocative, connected vignettes, we see Annie grapple with her sexuality; her relationship with her parents; the expectations of both British colonial and Antiguan society; spirituality; and, finally, whether to leave home without any of these issues neatly resolved.

In the years after the end of apartheid, South Africa underwent both formal and informal processes for reconciliation. J.M. Coetzee's novel Disgrace is fundamentally concerned with those questions: What can forgiveness or grace (or disgrace) mean in a country that's implicated in some of the worst human rights abuses in history?

The scenes evoking slavery and its aftermath in Toni Morrison's 1987 novel Beloved are so gut-wrenching that it is hard to imagine how the same novel contains such astounding moments of beauty, grace, and love. Morrison's brilliant prose is what allows for that emotional range.

The Handmaid's Tale, by Margaret Atwood

When Margaret Atwood was asked how she conceived of the plot for her dystopian novel The Handmaid's Tale, the answer was that every detail about Gilead was borrowed from real events somewhere in the world. The novel is more complex and nuanced than the recent television show but just as timely as it was when it was published in 1985.

Marilynne Robinson became a revered name in American literature after winning the 2005 Pulitzer Prize for Gilead. But try her more Gothic novel, Housekeeping, published in 1980. Narrated by Ruth, Housekeeping is the story of two orphaned sisters in a town haunted by a catastrophic train derailment in rural Idaho. The landscape of the Pacific Northwest, Robinson's subtle allusions and Ruth's haunting narrative voice make the novel both strange and beautiful.

Anyone who went to high school in the United States has probably read The Great Gatsby and had the requisite conversations about the American Dream. But the questions Fitzgerald is asking about memory and youth and loyalty are more subtle and complex. And, the language itself is still beautiful—who can forget that closing image of boats against the current borne ceaselessly back into the past?

In Cold Blood, by Truman Capote

When In Cold Blood was published in 1959, Truman Capote's book was called a "nonfiction novel"—a contradictory term that indicates how genre-defying his work of narrative nonfiction was. Capote traveled to rural Kansas to report on the violent murder of the Clutter family and the result is this suspenseful, disturbing, empathetic, and troubling narrative.

The Picture of Dorian Gray, by Oscar Wilde

Oscar Wilde might be best known for the dry humor of his plays like The Importance of Being Ernest, but his novel The Picture of Dorian Gray is dark and surprisingly timely (it was first published in 1880) novel about the risks of narcissism and obsession with youth. Even with Wilde's wit, the novel is sobering.

Nearly all of Alice Munro's short stories are set in rural Canada, and those in Runaway are no exception. On the surface, her stories are about small conflicts and ordinary people. The collection's title story, though, is as much a story of self-deception and human capacity for cruelty as it is about a runaway.

Nineteenth-century British novels have a reputation for being slow to unfold, but Charlotte Brontë's Jane Eyre involves a secret marriage, arson, and one of the most intense, sexually-charged relationships in literature.

Notes of a Native Son, by James Baldwin

The title essay in James Baldwin's collection Notes of a Native Son raises important and difficult questions about race, identity, faith, and class in America. Baldwin's writing throughout the collection is lyrical and beautiful, and although the many of the essays are complex in structure and meaning, his ability to write so honestly about himself makes the writing incredibly personal as well.

Jesmyn Ward won her second National Book Award (her first was for Salvage the Bones in 2011) for Sing, Unburied, Sing, a novel told in multiple perspectives (including those of the dead). Despite, or maybe even because of, the absence of chronological structure, the stakes feel high throughout the story of a contemporary black Mississippi family's struggle.

The Sound and the Fury, by William Faulkner

The Sound and the Fury is dense and because it opens in the stream-of-consciousness perspective of mentally challenged Benjy Compson, it requires a willingness to read with unanswered questions. But, in the end the novel is as fascinating in its commentary on family, memory, storytelling, and hope as it is in its narrative structure.

The Awakening, by Kate Chopin

Kate Chopin's The Awakening was one of the first novels to openly address a woman's ambiguity about motherhood. Chopin's writing has become known as much for her Modernist style as for the feminist questions it poses. But the novel is both readable and haunting; the protagonist Edna both flawed and sympathetic.

The Overcoat, by Nikolai Gogol

Novels like War and Peace and Crime and Punishment might be more iconic than Nikolai Gogol's short stories, but those collected in The Overcoat are a slightly less daunting entry to 19th century Russian writing. In satire of bureaucracy, a civil servant's nose nose leaves his face and heads out into St. Petersburg.

The Things They Carried, by Tim O'Brien

Tim O'Brien's The Things They Carried is classified as fiction, but it's narrated by a man named Tim O'Brien with a striking biographical similarity to the author. The interconnected stories explore what it means to tell the truth in the face of war's atrocities and the power of storytelling to heal after trauma.

The Road, by Cormac McCarthy

It's unclear whether the event that occurs just before the beginning of Cormac McCarthy's The Road is environmental or man-made, but in the end, it proves irrelevant. Somehow amid the depravity of a post-apocalyptic world, the moments of love and hope between father and son are what endure.

To Kill a Mockingbird, by Harper Lee

Harper Lee's 1960 novel, To Kill a Mockingbird, has become such a part of our cultural conversation about race that its hero, Atticus Finch, has been alternately vilified or glorified as though he were a real person. Atticus is flawed, but Lee uses a child's perspective to show the disparity between the ideal society we'd like to believe in and the reality of our nation's institutional limitations in a way that's readable and engaging.

The Prime of Miss Jean Brodie, by Muriel Spark

No matter what kind of school you went to, you probably had at least one charismatic teacher who seemed to accumulate a cult-like-following of adoring students. Muriel Spark's short novel The Prime of Miss Jean Brodie is both funny and alarming in its portrayal of this common and uncomfortable power-dynamic.

To the Lighthouse, by Virginia Woolf

Virginia Woolf's To The Lighthouse is a novel told from a variety of third-person perspectives. In this structure, Woolf allows us to see the life of a marriage unfold across decades from the perspective of both spouses, a painter observing them from somewhat of a distance, and even their summer home as it sits unoccupied throughout the ravages of World War I. 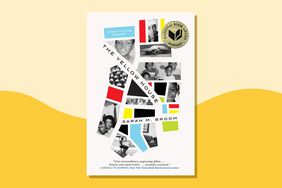 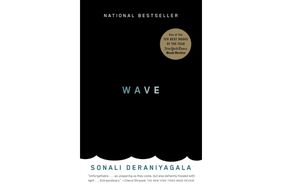 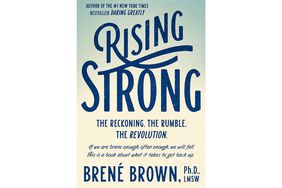 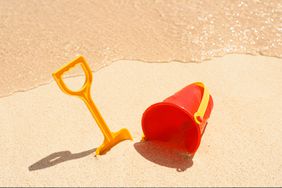 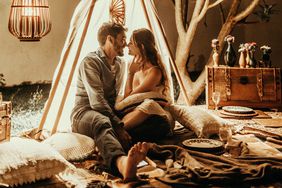 10 Creative Ways to Have a Romantic Date Night at Home 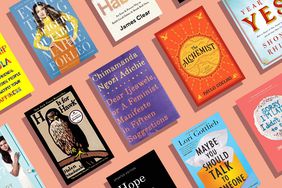 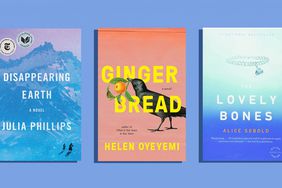