Who doesn't love to binge-watch a good mystery—especially if it’s true?

It's not entirely clear why we're so drawn to true crime documentaries. Maybe it's because we love the thrill of attempting to solve an unsolved crime. Maybe we're fascinated with the extreme, diabolical spectrum of society. Or maybe watching a cold-blooded psychopath with no sense of conscience makes us feel a bit better about ourselves. Regardless of why you enjoy watching family massacres at 2 a.m. (I do too—no judgment), we can all agree that a mystery becomes 10 times more fascinating when it's real life. It holds true that we follow conspiracy theories and puzzling whodunits with both fear and fascination.

Of course, the best part of all these true crime series is that you can crack the case from the comfort of your couch. For a genre that is constantly adding more cases to its roster (seriously, it's like there's another serial killer every week), we filtered through every gory one to bring you the best. So for all you internet sleuths, conspiracy theorists, and cold case-solving aficionados out there, here are the greatest—and freakiest—true crime documentaries on Netflix. Warning: A Google deep dive and/or Reddit rabbit hole will probably most definitely ensue.

1. American Murder: The Family Next Door

Disclaimer: Maybe don't see this one with your boyfriend/husband, because you might not see him the same way afterward. Even the most picture-perfect social media families are bound to have their problems, but what starts as an extramarital affair turns real dark real fast in this disturbing murder story. Initially seen as a grief-stricken husband searching for his missing family, Chris Watts probably became one of the most hated men in America when he confessed that he murdered his pregnant wife Shannan and their two young daughters, Bella and Celeste. The normality of the entire situation is what makes this case so interesting—on the day that Chris kills his family, the couple texted about the vegetables they wanted for dinner.

I don't know what's crazier—the manipulative neighbor who kidnapped Jan Broberg, or the airheaded family who let her get kidnapped, twice. When Jan was just 12 years old, she was abducted by her neighbor, Robert Berchtold, who was decades her senior. However, he brought her back, all whilst deceiving Jan's family into a web of trust, deceit, and complicity. He convinced the family to drop all kidnapping charges, continued spending time with their daughter in their own house, and kidnapped her again two years later.

JonBenét Ramsey's name is tied to a surplus of conspiracy theories, and you'll have a blast making your own in this interesting film adaptation of the harrowing event. In case you've lived under a rock and haven't heard of the case, everyone was quick to point fingers at the parents when a six-year-old beauty queen was murdered in her own house. However, police were swift to eliminate them as suspects, claiming they found "evidence" to prove otherwise. In this documentary, director Kitty Green put out a casting call in the Boulder area, inviting people to audition for any role in the Ramsey case. The result is a cluster of people playing various members of the family, all simultaneously acting out versions of what could have happened.

4. Night Stalker: The Hunt for a Serial Killer

While a typical true crime documentary has one crime, Night Stalker has it all—murders, assaults, rapes, kidnappings, you name it. Featuring one of the most terrifying serial killers in American history, it details the grisly rampage of Richard Ramirez, who was ultimately convicted of 13 counts of murder, five counts of attempted murder, 11 counts of sexual assault, and 14 counts of burglary (although those are probably only a fraction of his actual crimes). Warning: The crime scene photos are not for the faint of heart.

Yep, it's a pretty self-explanatory title. Luka Magnotta is a Canadian pornographic film actor who shared videos of the ways he harmed and killed animals online for the world to see. A large group of infuriated animal-loving sleuths launched an international manhunt to locate him and bring him to justice. As if killing cute kittens for entertainment wasn't bad enough, the self-employed, online detectives soon discover that he was also responsible for an infamous human crime, the murder of Lin Jun.

This seven-episode American documentary web series explores the shady murder of nun Catherine Cesnik in 1969. What's even more disturbing than her unsolved death is the discovery of what she knew—Cesnik was killed because she found out about a pattern of sexual abuse that victimized the girls at the Catholic school where she taught and threatened to do something to stop it. It's a doozy of a story that just barely skims the surface of the systemic abuse within the Catholic community and the failure of the justice system to put an end to it.

The best way to understand the mind of serial killers is to hear the chilling stories from their own mouths. I Am a Killer takes a new approach to true crime by documenting the killers' side of things. Without the often misleading filter of lawyers and media, death row inmates share uncensored, firsthand accounts of their crimes.

Imagine the worst possible scenario of your study-abroad experience—and this would be it. When a conviction goes wrong, American student Amanda Knox is sentenced to 26 years in an Italian prison for the brutal murder and rape of her roommate, Meredith Kercher. In this insightful account, Amanda Knox finally opens up about the events that led to her conviction and acquittal after almost four years in prison.

9. Conversations With a Killer: The Ted Bundy Tapes

We can't talk about criminals without talking about arguably the most notorious criminal of all time. Yes, we're talking about Ted Bundy, but before you check out Zac Efron's portrayal in Extremely Wicked, Shockingly Evil and Vile, watch this. Director Joe Berlinger enlists the help of survivors, victims' family members, and even his longtime girlfriend to shed some secondhand insight on his grotesque crimes. 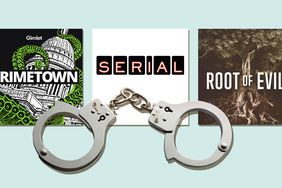 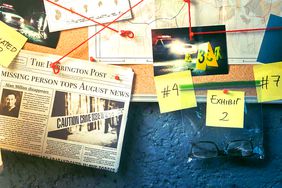 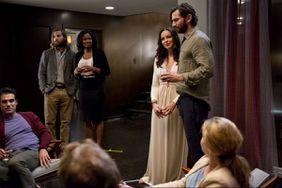