Bananas are healthy and relatively inexpensive, which is especially important in the midst of inflation and rising food prices. However, as banana buyers likely know, the sweet fruits don’t have the longest shelf life and can become overripe in a matter of days, depending on what state they were in when you purchased them and how you store them.

While it might be tempting to toss that bunch of rapidly browning bananas or bake some delicious banana bread, we’re here to tell you that there are far more interesting uses for the ready-to-eat fruit, especially since ripe bananas are sweeter than their less ripe counterparts. Sure, sliced bananas work great on top of oatmeal, stuffed in a crepe, or even pureed and used instead of eggs in many cakes, quick breads, muffins, and brownies, but we’re kicking it up a notch and sharing recipes for smoothies, banana ice cream, and more. So grab those ripe bananas and get ready to whip up something really tasty.

If you’ve ever had a frozen banana, you know that it’s ridiculously tasty and surprisingly versatile. For this recipe, you’ll grab some ripe bananas, (though not ones that are too mushy, because they won’t hold their shape very well) slice them into coin-sized pieces, put almond butter between two slices, freeze ‘em, and dip them in melted chocolate. Keep these bites in the freezer for whenever you have a craving for something sweet.

Using ripe bananas in this recipe yields a fluffy and sweet dish that’s basically dessert for breakfast. Not only is there a banana in the pancake batter, but you’ll caramelize two additional bananas to place on top of the finished meal along with toasted coconut and whipped cream.

Kale Smoothie With Pineapple and Banana

Blend a sweet, ripe banana with some coconut milk, kale, and chopped pineapple for a tropical smoothie that’s the perfect way to start your day. In addition to the vitamin C and manganese you’ll get from the banana, the other ingredients bring vitamin K, iron, and more.

Go ahead and mash some ripe bananas to whip up these healthy-ish muffins, which are also made with flax meal and Greek yogurt, and topped with sliced almonds. Keep some muffins on hand for a quick snack, or slice a muffin and slather some almond butter on either side for a simple breakfast

If you’re craving some ice cream but don’t have the time or energy to go out and buy a pint, reach for those ripe bananas instead. Believe it or not, all you need to make this DIY dessert is a few ready-to-eat bananas, which you’ll slice, freeze, blend, and freeze again.

Most recipes that call for bananas require the sweet flesh underneath the peel, but you can cook with banana peels (ripe or otherwise) as well. As many TikTok users may already know, the usually discarded peels can be transformed into plant-based bacon with a little help from plenty of spices such as Worcestershire sauce, soy sauce, and garlic powder.

For this impressive dessert, a buttery Nilla Wafer crust is topped with sliced bananas, then smothered with homemade vanilla pudding and layered with more cookies. Once the filling sets in the fridge, the pie is topped with a mile-high meringue that you'll toast to perfection.

If your ripe bananas are a day or two away from being unusable, go ahead and slice them and put them in the freezer to stop the ripening process. Then, use those frozen slices in this smoothie, which also features oat milk, coffee, and avocado. 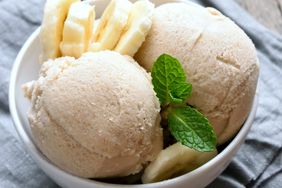 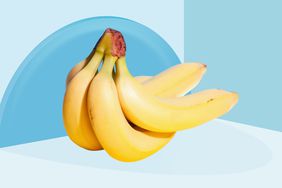 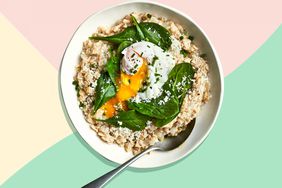 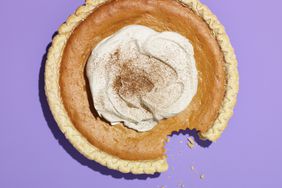 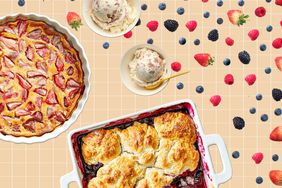 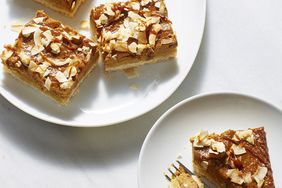