It’s time to get together for festive holiday meals—and to spill some family tea. Here’s what to know before serving up any of that info.

Keydra Manns
Keydra Manns is the senior editor at Real Simple, covering pets, travel, culture, health, and more for the magazine. With a master's degree in journalism, she's written extensively about the intersection of the arts, popular culture, and race. She has over eight years of experience writing and editing for both print and digital.
Real Simple's Editorial Guidelines

The only thing better than my auntie’s sweet potato pie during the holidays is the piping-hot family tea that comes with it. Every Christmas, we gather around the kitchen table to exchange tidbits about our loved ones. I get all the gossip: I find out if my cousin down south finished college after becoming a mom, if my uncle finally tied the knot with his “lady friend” of 20 years, if my aunt really did convert to Buddhism (she says she didn’t, but the speculation remains high among my relatives), and so much more.

Chatting about your loved ones is as inevitable as wrapping presents at the last minute. If you think you’re above gossip, the data says you’re not. The average person gossips for roughly 52 minutes a day, according to a 2019 study in the journal Social Psychological and Personality Science. But it’s not all smack talk. The researchers listened to the conversations of 467 people for several days—captured by recording devices—and learned that most of the gossip was neutral, rather than negative or positive. (If you’re wondering: Participants knew they were being recorded, but because the study went on for so long, people couldn’t help showing their true selves.)

It turns out the urge to discuss family drama can actually be helpful, and it’s very natural.

What’s Behind Our Natural Need to Gossip?

The reason people gossip is simple: “We can’t help ourselves,” says Frank McAndrew, PhD, a psychology professor at Knox College who researches the evolution and psychology of gossip. “It’s kind of wired into us as human beings to be interested in what’s going on in the lives of people who are socially important to us.”

And despite popular belief, talking about people who aren’t present isn’t inherently malicious. “People usually define gossip as something evil,” McAndrew says. “But if you are sitting around with your family and start talking about a cousin who’s up for a big job promotion, well, that’s gossip.”


My people definitely don’t have bad intentions—we often celebrate victories, like my little cousin getting a full scholarship to a historically Black college. We’re more inclined to talk about the positive stuff our relatives are doing, because it can make us feel good and could personally affect us. The info could even benefit us. (Not only are historically Black colleges and universities distinguished and known for having culturally rich campuses, but we also get to see my cousin play football all over the country!)

McAndrew says that getting insight into those around us has been practiced since early society. “You had to know what other people were up to—who had powerful friends and who didn’t, who was a cheater, who you could depend on to cooperate,” he says. Though we’re less likely to air our family’s dirty laundry with a casual acquaintance, McAndrew notes (after all, your clan’s reputation can reflect on you too), divulging certain family secrets within the group can be important for survival: “If someone is squandering away family money, we want to know that.” And you may be motivated to get a physical after learning that a relative has a hereditary heart condition.

What’s more, sharing information can be an act of vulnerability and one way we build trust and bond with others. Gossiping is a social skill, and in the history of humans, if you didn’t nail social skills, you could be left behind, McAndrew says.

So if you live for the latest family drama, don’t be too hard on yourself. Gossip serves a purpose, and as long as you’re swapping stories the right way (yes, there are rules!), you’re probably OK to dish.

The Difference Between Good Gossip and Bad Gossip

Knowing when to mind your business and stay quiet is key, McAndrew says. Negative gossipers spread information to make others look bad and put themselves on a pedestal. Careless gossipers say things without thinking about the damage their conversations can cause. You want to be a good gossiper—someone who’s discreet with sensitive information—so family members are comfortable sharing with you.

Before relaying someone else’s story, do a quick gut check to make sure you’re not being a jerk. Are you trying to make yourself look better? Would it be bad if the person you’re discussing found out about your convo? “Gossiping becomes unhealthy when it’s mean-spirited or when we add details that don’t exist,” says therapist Nedra Glover Tawwab, author of Set Boundaries, Find Peace: A Guide to Reclaiming Yourself.

If someone is gossiping to you and you’re not into it, direct communication is best, Tawwab says. “I have said to people, ‘You know, I don’t want to talk about this.’” You can also drop an “I don’t have anything to say” or “That’s not my business,” she adds. Or just change the subject. Allow the speaker to finish their thought, then segue to a funny TV show you just saw, or talk about becoming a plant parent. Or just excuse yourself from the conversation. Now, let’s say a cousin gets irritated because you don’t want to engage. Remember that you’re doing what you think is right, Tawwab says. If you’re concerned about seeming rude, you shouldn’t be.

One last piece of advice: Think twice about opening up to people who are constantly gossiping, Tawwab adds. If you have a sister-in-law who is always jabbering about other people, odds are she’ll do the same about you, so be mindful of the secrets you share with her. Ready to start this year’s festivities? Just remember to pause before piping up with your own hot goss, and ask yourself if it’s good to share what you know. You can join in, change the subject (“Who wants to see pictures of my new puppy?!”), or take your pie and go.

As for me, I’ll be scrolling through Facebook for traces of my uncle’s secret wedding and giving my family the goods. 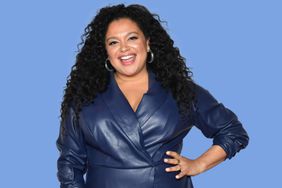 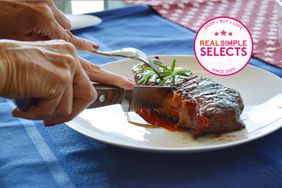 The 7 Best Steak Knives of 2023, Tested and Reviewed 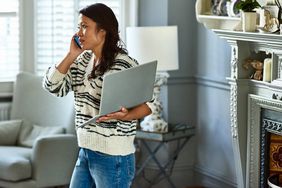 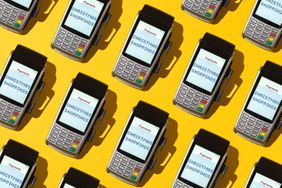 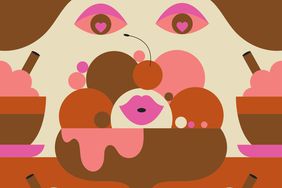 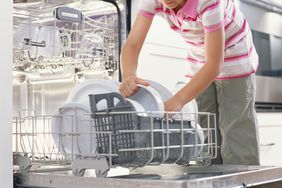 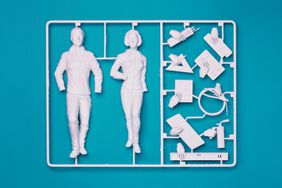