These stylish kitchen islands will instantly boost your kitchen's surface space and functionality.

If the kitchen is the main hub of your house where everyone gathers to cook, eat, chat, and even do some work or watch television, then the kitchen island is the heart of that hub. Your kitchen island should not only be beautiful, but it should be functional as well.

Kitchen islands come in various designs and sizes, so there's a fit for every type of space, whether it's a farmhouse kitchen or a modern one. We've rounded up several kitchen island ideas and designs to inspire you, no matter your budget or footprint, along with expert tips from designers.

How to Add a Kitchen Island to Your Home

This kitchen island design keeps the kids in mind, too, so it can be a hangout space for the whole family.

"I added an adjacent seating area for my clients' young children so they could have a place near the main island and kitchen action, without their parents worrying about them toppling off a high stool," says designer Amy Sklar. It's great for entertaining, too—for casual meals, everyone can gather and eat at the island—the kids and their friends even have their own special spot.

This idea can be pulled off in your own house if you have enough space to add a small wooden kids' table and chairs. They can be removed when the little ones get older and can manage bar stools.

Some kitchens lack surface space to prep and dice food, keep regularly used ingredients within reach, and plate dishes—all at the same time. A large kitchen island without a sink or cooktop built in provides tons of extra counter space, making it easy to do all of the above and more.

"This makes for ample prep space for the homeowner on the double quartz counter, as well as provides plenty of under counter storage on both the front and back of the island," says designer Jaclyn Joslin of Coveted Home. "Breakfast is commonly eaten here and it's a common hang out spot while dinner is being prepared, and outlets on either end of the island make it easy to plug in a blender, mixer, or phone charger."

Even if you don't have a massive kitchen island like this one, keep it clear of any items so there's enough room to get to work. Use your other counter space, hang baskets from the ceiling, or hooks on the wall to hold kitchen items.

This modern farmhouse kitchen's showstopping piece is its massive dual sink kitchen island. One could be used for prepping meals, while the other could be used for doing the dishes—plus there's also cabinetry underneath for easy storage.

"We brought in the idea of furniture pieces as function to add interest to the space," Steven Cooper of Cooper Pacific Kitchens, who designed the space with homeowner and interior designer Rebecca Foster, says. "The island end piece is a fumed oak with a four-inch thick random mix walnut chop-block countertop."

And who doesn't love kitchen islands with seating? The other side of the island has enough counter space and seating for the family to gather around for a casual meal during the week.

Use a kitchen table as a stand in for an island if you don't have one built in.

"For a Victorian Farmhouse in Westchester, New York, instead of a typical kitchen island, we used an antique work table," designer Young Huh says. "The client likes to bake a lot and the work table is the perfect height for kneading dough, which is a little lower than the countertops but higher than a typical table."

The rustic kitchen island look also adds some warmth to the space. A table provides you with a movable kitchen island, so you can rearrange the space when you need to, which is helpful in a small space.

With a lot of stainless steel in one room, it can sometimes feel cold or not homey enough. This particular kitchen is balanced with wood open shelving and white cabinetry and subway tiles.

"Integrating the stainless steel countertop directly into the sink bowl adds a chic seamless look to an otherwise industrial material," designer Emilie Munroe of Studio Munroe says. "The reflective nature of the steel radiates light around the room, making the space feel lighter and brighter. Not to mention the steel is super functional." This kitchen island design also has a clever wine refrigerator underneath, providing a luxe detail.

If your kitchen is the space to congregate, make the kitchen island the centerpiece.

"This island serves as a major focal point not only for the kitchen, but also serves as the common area of the home thanks to its modern open floor plan," designer Caitlin Murray of Black Lacquer Design says.

"Because of the visibility, I wanted the island to read sculptural—almost like a high-end piece of furniture. We went with honed Nero Marquina marble from Ann Sacks Tile & Stone, and a waterfall design to achieve that aesthetic. It just feels so luxe!" To complete the look, modern kitchen island stools in gold tones provide a stylish spot to perch.

Don't be afraid to add color to your kitchen.

"Our New York City kitchen faces the back of a building and receives almost no natural light," Kate Rheinstein Brodsky of KRB says. "I wanted to make it both cheerful and functional since we have three little girls and spend a lot of time in there. The high table in the center is topped with Honed Danby marble to break up the look of the stainless steel counters and gives us the counter space of an island without the visual heaviness."

A table used as a portable kitchen island has many uses—it can add extra dining space if you need to bring it into another room when you have guests over for the holidays or other special occasions.

Put the centerpiece of your kitchen to use—it's not just for prepping or serving food.

For this kitchen, designer Jessica McClendon of Glamour Nest says function was the main goal. "The homeowners knew that the island would not only be the center of the kitchen for cooking and eating, but also for homework, bills, permission slips, and more, so we chose the ultra durable Caesarstone quartz for the countertop," she says. "We created a 'junk drawer' of sorts by adding drawers to the front of the island to hold supplies. We also added hidden cabinet storage in the island to stash items that aren't used as much."

If you are lucky to have a large kitchen, turn it into the "command center" of the house, where all the action takes place, from cooking to hanging out to doing work on your laptop.

"The scale of the room allowed us to have an oversize island in the middle of the room with access to the pantry and refrigerators, stove and sink areas," designer Jeff Andrews says. "There is enough room for meal prep, a snack, and homework all at once." This kitchen island becomes a multifunctional space everyone can gather around, which makes for more relaxed family time.

This kitchen island is ideal for serious cooks who spend most of their time perfecting new recipes in the kitchen. In this wine country kitchen, the star of the space is the MARCH worktable with is slatted oak shelving and clean lines.

"By combining the lines and the lightness of a kitchen table with tools and storage, our worktables present an alternative to the monolithic kitchen island," says Sam Hamilton, owner of MARCH, a home design store in San Francisco. "They are designed to work well in traditional and contemporary kitchens as well as open-plan living spaces."

A similar idea for a smaller space would be a mobile kitchen island with wheels and plenty of open shelving.

A kitchen with a tricky layout calls for some creativity—you'll need to think about how you'd want to utilize it.

"This is a long, but narrow kitchen and the island is almost 10 feet long," designer Amanda Reynal says. "One end provides an additional prep surface for cooking as it's right by the range and has a cutting board and trash directly below. The other end notches out and becomes six inches wider with stools at the end and on the side where people can gather for breakfast." Underneath, there's room for a dishwasher and plenty of cabinetry to stash cookware or dishes.

"Since this island is in a space that opens up to the rest of the home, it's important that the homeowner has the ability to hide any messes on the countertops," says designer James Wheeler of J. Wheeler Designs. "To do this, we elevated a portion of the island to create a bar height countertop. The stainless steel posts blend with the appliances while creating a place for us to run electrical from the ground-up through the island, rather than having plugs on the top of the island." 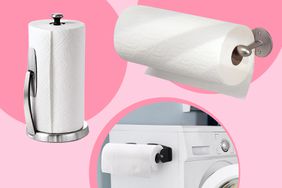 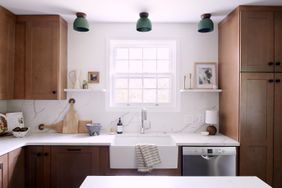 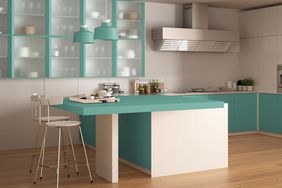 Are Kitchen Islands Really That Great? We Asked an Expert 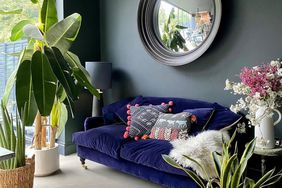 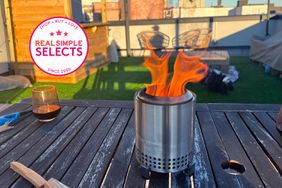 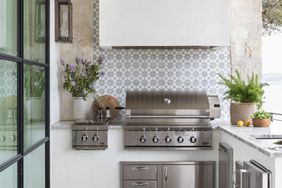 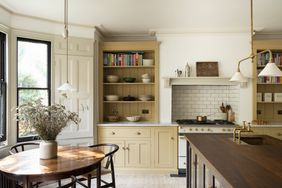 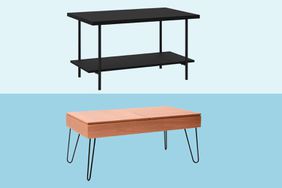 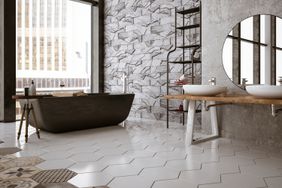 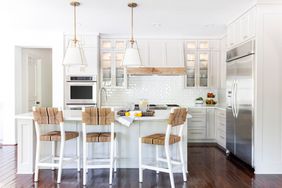 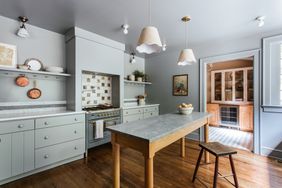 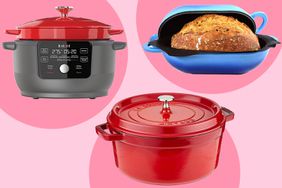