And it’s already on sale ahead of Amazon Prime Day.

With the rise of smart home gadgets like voice assistant speakers and smart lightbulbs and thermostats, controlling all the appliances and settings in your home is easier than ever. And they don't only apply to features indoors, either: There are plenty of outdoor smart gadgets, like WiFi-connected doorbells and garage door openers, that can really make moving around your living space so much simpler and straightforward, allowing you to customize just about every aspect of your home from your smartphone.

For Amazon shoppers, one such smart home gadget is Kasa's Outdoor Smart Plug, which allows you to easily switch on patio lights, outdoor fans, and garden fountains at the simple press of a button on your phone. The plug, an outdoor version of the brand's top-selling smart plugs that allow you to quickly turn on and off an appliance without needing to walk over and press the "on" button yourself, "works like a charm," according to a reviewer who used it for an above-ground filter pump for their pool.

Shoppers who have been eyeing early Prime Day discounts on Amazon can even grab it on sale now for $5 off (a 20-percent discount) while the plug is at its lowest price of the past three months. To use it, simply plug in your appliances, then insert the Kasa plug itself into an outlet; just note that you'll have to keep it within 300 feet of your home WiFi connection range. The plug is compatible with smart home assistants like Amazon's Alexa and Google Assistant, so you can turn it on and off by simply commanding your Amazon Echo Dot or Google Nest Hub, along with controlling it through the Kasa mobile app on your phone.

You can also create a schedule via the Kasa app, so the plug will automatically turn on, if, say, you want your sprinkler or patio light to come on regularly at certain times even if you're preoccupied with other tasks. Another function that will undoubtedly come in handy is its Away Mode, which will turn on your lights and any other appliances while you're gone to appear as if you're home, as an extra security measure. Each Kasa outdoor plug is weather-resistant, comes with a hood to protect its outlets, and includes two outlets so you can plug in two different appliances at once; and yes, you can control the two appliances separately.

One reviewer who uses the Kasa plug for "so many things" in their home said it holds up well, adding that it easily controls their holiday lights and pool filter pump while working "flawlessly" to turn things on and off whenever they want. Another shopper who uses it for their aerator and a small foundation in their koi pond concurred, saying that it really has an instantaneous response without a lag when you switch on your appliances.

It's "easy to set up and easy to use," per a final reviewer who loves the ability to schedule on and off times for their outdoor string lights. Overall, the Kasa Outdoor Smart Plug already boasts more than 21,000 five-star ratings, but having seen thousands of rave reviews from shoppers, it's no surprise. Shop it on sale for just $20 at Amazon now, and score other versions like the single-socket outlet that's an additional $5 off when you click the on-page coupon before checkout. 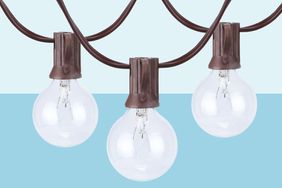 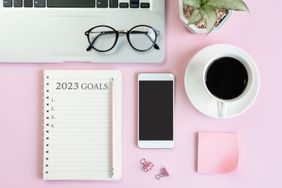 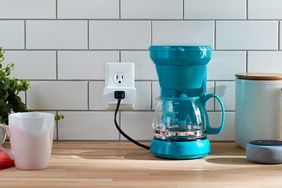 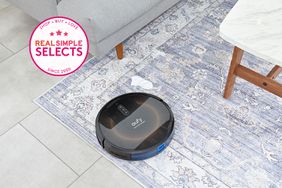 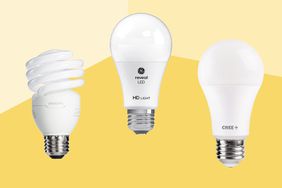 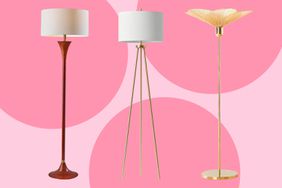 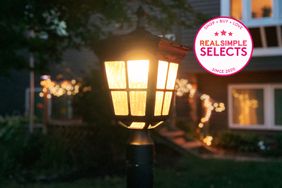 The 9 Best Outdoor Mounted Solar Lights of 2023, According to Our Tests 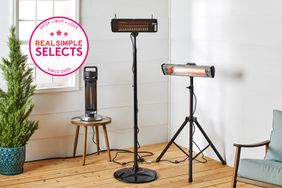 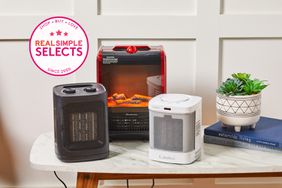 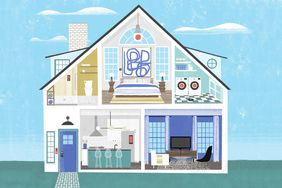 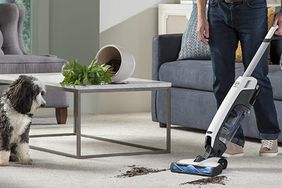