5 Renovation Lessons We Learned From 'Cheap Old Houses' on HGTV

The new binge-worthy show will inspire you to buy a fixer-upper.

Like so many people, one of my favorite pastimes is scrolling through real estate listings. But instead of houses with state-of-the-art kitchens or sprawling backyards with pools and an outdoor lounge, I click on those with low asking prices (even in my fantasy, I'm evidently on a budget) and a lot of history—the fewer renovations, the better.

Based on this, I probably don't need to tell you that I'm a longtime fan of the Cheap Old Houses Instagram account. Founded by Elizabeth and Ethan Finkelstein as a way to showcase—and ideally, save—some of the incredible, affordable historical homes remaining in the U.S., the account has amassed more than 1.9 million followers since its first post in 2016.

Bonded by a shared love of wavy glass, kitchen built-ins, and original plumbing fixtures, what began on social media morphed into an active online community, and ultimately, a movement of people interested in and dedicated to preserving old houses. It became so popular that it's now its own television show. You can catch all 10 episodes of Cheap Old Houses season one streaming on Discovery+. Sticking with the appeal of its namesake Instagram account, the show features properties with a maximum listing price of $150,000.

But don't expect the usual HGTV home flippery if you decide to watch—where nearly every house, regardless of its era or original details, is "fixed up" by slapping on some neutral paint and white shiplap, and dramatically breaking through walls to reveal a sprawling open floor plan with a mix of midcentury and modern farmhouse decor.

In fact, in one of the two episodes of Cheap Old Houses that I watched, the Finkelsteins advocate for reinstalling interior columns and pocket doors to return an 1890s Queen Anne Revival and a 1900s Dutch Colonial Revival to their original design, granting residents privacy by allowing them to close off rooms or parts of the ground floor.

Although no actual restorations are featured on the show, thanks to the use of 3D graphic renderings, the audience is able to see Elizabeth and Ethan's vision for what the houses could look like if they were to restore them. But don't worry, fans of before-and-after photos: there's something for you, too. In each episode, the Finkelsteins visit a cheap old house that has already been saved and restored, providing viewers with images of the homes when they were purchased, through to the final product.

As expected, I found myself swooning over transom windows, wraparound porches, and double pink bathroom sinks, but I also learned a lot about historical house-hunting and restoration. Here are some of the best tips and strategies I picked up from the show.

Listen to your house

Whether you recently moved into a new place or are looking to make some changes to a home you've lived in for years, the Finkelsteins stress the importance of listening to your house. "What you can do in an old house really depends on the house that you have," Elizabeth explained when we chatted with her about the new show. "There are so many different types of old houses, and each one is a unique item, so it's all about listening to feedback from your particular house."

This also requires patience. "We really preach the idea of slow restoration," she says, "and anyone restoring an old house the right way will live with it and understand its quirks for a while before getting in and digging it up." For example, Elizabeth and Ethan only recently restored their kitchen, after several years of living in their own cheap old house.

"When we moved into our house, I had an idea of what I wanted my kitchen to be and if we had had the money to do it right away, I probably would have done it wrong," Elizabeth explains. "But having lived in that house for as long as we have, I'm not fighting with that now. I know what the house is; I know that it always had a small kitchen, and a small kitchen is perfect for the house."

Not only that, but the pieces stocked in architectural salvage shops—everything from entire windows, door frames, wooden columns, lighting, bathroom fixtures, you name it—usually come from the area, and are specific to the local architectural styles.

And in some cases, architectural salvage shops are one of the few options available if you're trying to track down something that people don't know how to create anymore. "Not only that, but a lot of these things weren't created by hand back then—they were created by machines—and those machines are probably not even around anymore," Elizabeth notes. "So unless you were to have someone handcraft it, you're going to have to pay a lot of money to get that exact thing."

Learn the history of the house and its features

It's easy to love certain original features in an old house, like stained glass windows or a curved staircase, but for some people, it may be difficult to see the value in other historic features and decor choices—especially if they are no longer standard. In Cheap Old Houses, the Finkelsteins have a strategy: talking about the history and original function of some of these often-overlooked details as a way to give homeowners a new appreciation for what they have.

For example, in one episode, Elizabeth and Ethan visit an 1850 Italianate house in upstate New York with a time capsule midcentury interior—the highlight of which is an all-pink bathroom, complete with twin pink sinks. As they're looking around the room, Elizabeth notes that at one point, an estimated five to 10 million American homes had pink bathrooms because Mamie Eisenhower (the First Lady from 1953 to 1961) had one.

"A lot of people would probably go in and be like, 'this is outdated,' and take it out," Elizabeth says. "And we hope that this show encourages people to think beyond that a little bit, and understand why things are the way they are, and why that bathroom is so significant to the world." Ethan agrees, noting that, "without knowing the history of the pink bathroom, it would be sacrilegious to take it out."

One episode of the show takes place in Peoria, Ill., and ends with the Finkelsteins meeting Reagan, a member of the Cheap Old Houses community and first-time homeowner who bought and restored a 1908 Tudor Revival. Right away it's apparent that she put her own spin on the house, thanks to two modern art sculptures of bulls that reside in the front yard.

The trend continues on the inside, including in the living room, where Reagan painted the coffered ceiling black, giving it a more contemporary look. Though Elizabeth and Ethan have a "do no harm" approach to restoring old houses, they say that because the ceilings in this house had already been repainted, it was a different situation.

"I think Reagan is the epitome of a rule breaker, but she knows the history. It's OK to break the rules if you know what the rules are," Ethan explains. "And the more context you have in terms of the historical reason why something was there, the more you might respect it."

Although some homeowners make aesthetic changes to their old house, that doesn't mean they don't care about its history and preserving it. And that's why you should always check basements, attics, sheds, garages, and other outbuildings in and around historic homes: They can be architectural goldmines.

"In every house we went into on the show, the crew set up in the main room. And so we took our iPhones and were like, 'Guys, we're going in the basement and the attic, because trust me, this is going to be the best content,'" Elizabeth says. "Because whatever you find up there is the craziest stuff."

For example, while visiting a 1900 Victorian, the Finkelsteins noticed that the front door had been replaced. Then, during what was supposed to be their lunch break during filming that day, they took a peek inside the carriage house in the backyard and discovered the home's original doors. "You never know what you're going to find in barns, attics, and basements," Elizabeth says. "And they're always really fun to explore." 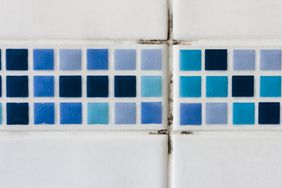 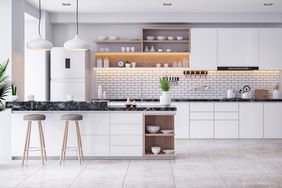 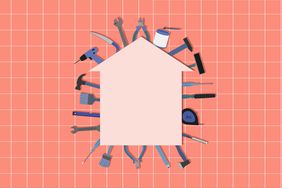 The Difference Between a Renovation and a Remodel, According to Pros

Space of the Week: Floral Wallpaper Becomes the Defining Feature of a Formerly Bland Bathroom
The Post-COVID Home: How the Pandemic Has Made Us Rethink Everything