Help make a difference on this pressing issue by changing your daily spending habits.

Climate change is becoming a more grave and threatening topic with each passing day. As a 2021 Intergovernmental Panel on Climate Change (IPCC) report made clear, we are reaching alarming new realities concerning climate change; in response, the IPCC issued a "code red" for humanity. We're running out of time to reverse course on climate change. Yet, despite this reality, plenty of countries around the world continue to conduct business as usual—or are boldly making plans that will worsen the climate crisis.

On the heels of the IPCC report, for instance, China astoundingly announced plans to construct 43 new coal-fired power plants and 18 new blast furnaces. The move will add about 1.5 percent to the country's current annual emissions—and China is already leading the world in new coal power plants, "building more than three times as much new coal power capacity as all other countries combined," Time reported. This announcement comes despite the world's largest polluters pledging to reduce emissions before 2030.

If you find these announcements and the lack of progress discouraging, maddening, or both, you're not alone. In addition to calling upon elected officials and demanding they take more aggressive action to curb climate change, people can take individual steps to help address the crisis. Here are five ways to use your money and household financial decisions to help fight climate change.

Using sustainable banking providers has been described by experts as one of the most effortless and impactful actions you can take to help address climate change. Here's why: In the five years since the Paris Agreement, the world's 60 biggest banks have provided $3.8 trillion in funding for fossil fuel projects that contribute to climate change.

This information comes courtesy of a report from the Rainforest Action Network (RAN) titled "Banking on Climate Chaos," which detailed how global banks such as JP Morgan Chase, Citi, Wells Fargo, and Bank of America are leading contributors to climate change and are financing fossil fuel projects and companies that impact communities every single day. It's critical for consumers to understand that banks have a very real impact on this issue and that the money banks have available to provide funding and loans for environmentally harmful projects comes from you—and your checking and savings accounts.

The good news is that a cottage industry of smaller financial services providers has launched with the express purpose of using the money you and I deposit into our checking and savings accounts exclusively to fund projects designed to address climate change, including renewable energy projects and responsible agriculture. Some of the most notable names in this space include Aspiration and Climate First Bank.

By switching to a financial service provider focused on using your money to address climate change, you can potentially have 27 times the impact of other environmental actions—more than putting solar panels on your roof, taking shorter showers, or going vegan. The bonus of switching to such financial service providers is that you may even save money.

Transitioning to solar energy is another immediate and especially significant action you can take to help address climate change—by shifting away from fossil fuel-generated electricity.

As the Solar Energy Industries Association (SEIA) points out, the electric power sector is among the largest contributors to greenhouse gases in the United States. It represents 28 percent of all emissions. Solar energy, on the other hand, is a renewable, carbon-free resource with enormous potential to reduce our nation's greenhouse gas emissions.

And here, too, there's good news. There are an increasing number of ways to adopt solar power—even if you're a renter or someone who lives in a multi-unit dwelling—thanks to the rise of community solar. The same is true for businesses, as they, too, are eligible to sign up for community solar programs.

Community solar allows customers to subscribe to a share of a solar project or solar farm, usually in their geographical area. The local solar farm, in turn, generates renewable electricity for the grid, and the utility company distributes this electricity to its customers.

The power generated by community solar farms will ideally offset most or all of the fossil fuel used by your home or residence. And in exchange for subscribing to the solar farm, customers receive a credit on their monthly electricity bills for the power generated by their share of the community solar program. The credits reduce what you owe the utility company each month.

So not only are you doing something good for the planet, but you're also reducing monthly utility expenses. What's more, adopting community solar requires zero upfront investment on your part. The downside is that community solar is not yet available everywhere in the nation. If you'd like more information about where such programs are available and what they cost, visit EnergySage's Community Solar Marketplace.

Driven by fossil fuels, the plastic industry is a prominent contributor to climate change. This is because plastics are derived from natural gas and crude oil. A report from the Columbia Climate School points out that "if plastic production stays on its current trajectory, by 2030, greenhouse gas emissions from plastic could reach 1.34 billion tons per year, equivalent to the emissions produced by 300 new 500MW coal-fired power plants."

"Plastic not only poses an immense pollution problem—it also exacerbates climate change," states the report. As for the pollution caused by plastic, the reality is that if our current level of plastic production and consumption continues, by 2050, the oceans will be filled with more plastic than fish.

Take a look around your house. There are probably plastic items all around. But with a little effort, you can change that. You probably won't be able to eliminate plastic in its entirety from your life, but many, many start-ups are working tirelessly to help consumers change their plastic consumption habits on every level. For instance, there are now cleaning companies such as ThreeMain, which packages all of its cleaning products in aluminum bottles intended to be used for life.

Other companies are also working to dramatically reduce plastic waste from laundry routines. Some of the names in this space include Tru Earth, Earth Breeze, Dropps, and Brighton Wool & Honey. As a bonus, many of these upstarts present a direct challenge to the widely held misconception that such products are less effective or far more costly. Many are very cost-competitive and receive solid reviews from users.

Cleaning and laundry products are merely two examples of the important eco-friendly alternatives becoming available. The point is if you take a critical eye on your current routines and do some investigating, it is possible to find other options to reduce our reliance on plastics—and do so without spending a small fortune.

One last note on this front: If you comfort yourself with the knowledge that you are a diligent recycler, think again. In many places, the vast majority of plastics you're putting dutifully into recycling bins never get recycled. Another report from Columbia Climate School describes the recycling industry in the United States as broken and explains that, despite what many of us believe, much of the plastic we send off to be recycled does not truly end up being recycled. Instead, it often ends up being incinerated, deposited in landfills, or washed into the ocean—either here or in one of the many countries we ship our waste to.

The Differences Between Carbon Neutral, Plastic-Free, and Plastic Neutral Every Eco-Conscious Shopper Should Know
04 of 05

In case you haven't heard about this fact yet, the livestock sector is a top contributor to climate change. This has been reported far and wide, including in a May 2021 article in The Washington Post, which noted that "a scientific assessment from 2017 attributed 23 percent of total global warming to the livestock sector, citing operations that use energy and fertilizer, cause deforestation, and release methane."

Air pollution from animal agriculture causes more deaths annually than emissions from coal-fired power plants, according to a study from the Proceedings of the National Academy of Sciences of the United States of America (PNAS).

You don't have to stop eating meat altogether to make a difference on this issue. You also do not need to radically upend your life overnight. But you could start by implementing "Meatless Mondays," for instance, or going meatless any other day of the week, and then try slowly increasing the number of days you refrain from consuming meat. There is a multitude of meat substitutes available in supermarkets, and often, these products will cost you less than meat, thus reducing your household grocery budget.

These Plant-Based Recipes by Jane Goodall (Yes, That Jane Goodall) Aim to Change the World, One Bite at a Time
05 of 05

Finally, many active charitable organizations and non-governmental organizations (NGOs) focus on fighting climate change and funding projects to protect the planet. Rainforest Trust is one such example. It was founded with the mission to save the world's most vulnerable tropical rainforests, an approach the organization says is the simplest and most cost-effective way to fight climate change.

This organization's mission is particularly pressing because, in 2020, the world lost more than 30.1 million acres of tropical forest. That's an area larger than the state of Pennsylvania. This destruction helped cause the release of 2.64 gigatonnes of carbon dioxide into the atmosphere, which is more than double all annual vehicle emissions in the United States.

Rainforest Trust has received Charity Navigator's highest rating of four stars, so you can be assured that when you support this nonprofit, your money will truly have an impact. To find additional organizations focused on this issue, visit Charity Navigator and search for the term climate change.

Why Your Actions Matter

If you missed the IPCC report that labeled climate change a code red for humanity, here are some of the most startling and concerning facts to keep in mind:

There is still a chance to limit climate change, IPCC experts say. All of us need to understand that fact. As the report notes, strong and sustained reductions in emissions of carbon dioxide (CO2) and other greenhouse gases could quickly improve air quality—and in 20 to 30 years, global temperatures could stabilize.

Meaning: The time to rethink and revise your daily habits, your lifestyle, and even your spending patterns, is right now.

6 Ways to Make Sure Your Everyday Purchases Aren't Harming the Planet
Was this page helpful?
Thanks for your feedback!
Tell us why!
Sources
Real Simple is committed to using high-quality, reputable sources, including peer-reviewed studies, to support the facts in our articles. Read our editorial guidelines to learn more about how we fact check our content for accuracy.
Related Articles 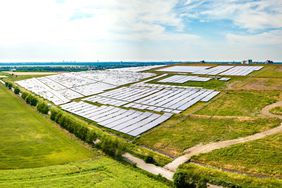 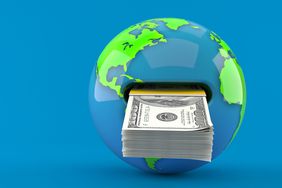 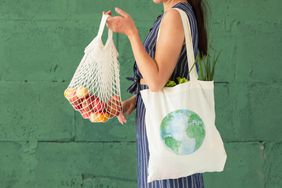 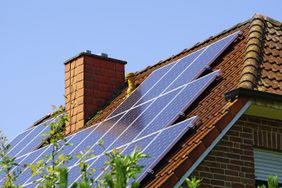 All The Ways Installing Solar Can Save You Money 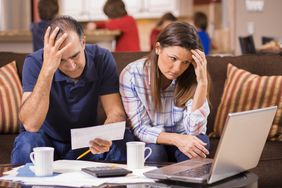 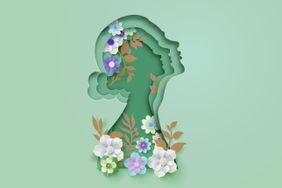 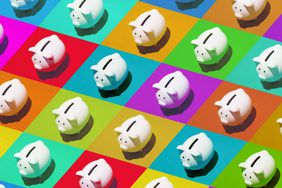 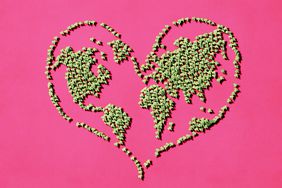 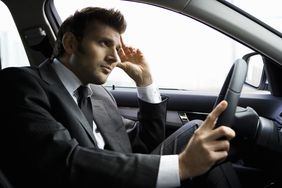 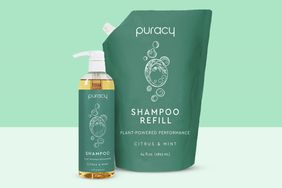 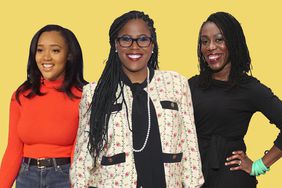 8 Black Women Who Are Changing The Future of Money 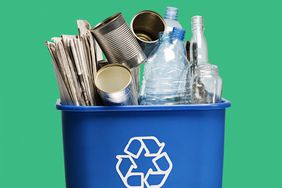 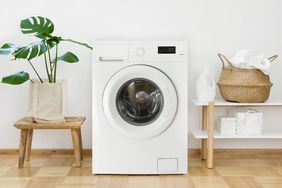