This Shark Steam Mop With Over 7,600 Five-Star Ratings Picks Up Dirt You 'Didn't Even Know Was There'

Vacuuming is step one to cleaning your floors. Step two? Steam mopping. While a good vacuum can remove dry debris, a steam mop can wipe up embedded dirt, sticky residue, and pet accidents like no other. One best-selling option that's backed by thousands of Amazon shoppers is the Shark Steam Mop—and it's on sale for $60.

The steaming cleaner heats up within 30 seconds and removes messes with just water from the tap. You read that right: That means no harmful substances or chemicals will ever touch your floors, giving you a streak-free clean every time. Plus, the steam is so hot that it will actually sanitize your surfaces, which is especially important now more than ever.

In addition to its impressive steam power, the Shark mop uses a microfiber pad that slides right on to the head to scrub off hard-to-clean substances lingering on your tile, hardwood, or laminate floors. You'll know it's working once you look at the bottom of the pad—and shoppers confirm that the before-and-after photos are disturbing. It's a good thing the pads are machine-washable!

One reviewer who admitted their mop pad was "filthy" after cleaning said it even pulled all the "deeply embedded grime out" from their vinyl flooring. Another who moved into a new home wrote that the floors were dirty enough to turn "your cleaning pads black." The steam mop, however, left the floors spick and span.

The popular steam cleaner is designed with a large removable water tank for easy refilling, and it weighs less than 5 pounds, allowing you to cover your entire home without feeling sore after. It also has a slim build that's ideal for storing it away when you're done.

The Shark steam mop has earned more than 7,600 five-star ratings from shoppers who are blown away by the results. "What a difference! It picked up dirt I didn't know was there," wrote one shopper who said they mop every other day. And a dog owner wrote that the mop "works wonders," adding that "the steam breaks down and picks up every single mess."

You might not believe how much grime is still on your floors, and with the Shark steam mop, you'll never have to deal with it again. Get the steam cleaner while it's on sale at Amazon now. 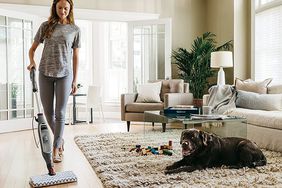 This Powerful Steam Mop With Nearly 8,000 Five-Star Ratings Is Just $100 for Presidents Day 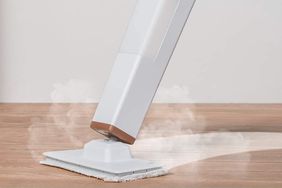 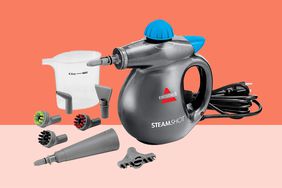 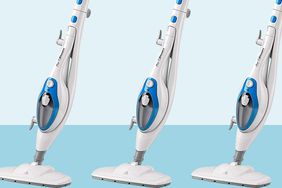 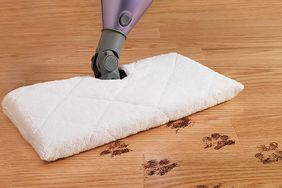 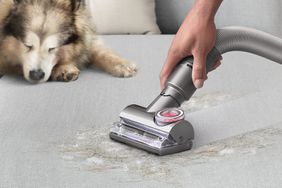 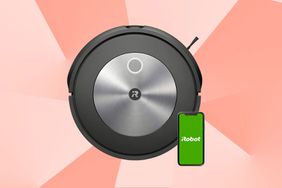 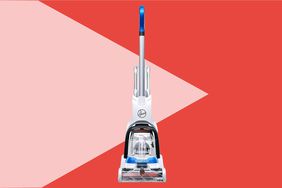 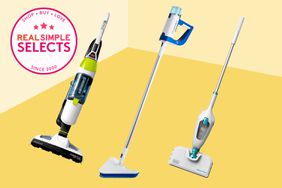 The 7 Best Steam Mops of 2022, Tested and Reviewed 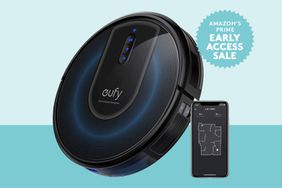 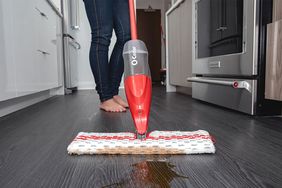 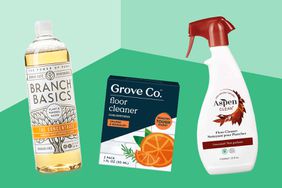 The 8 Best Laminate Floor Cleaners of 2022 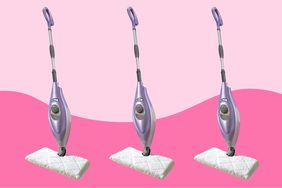 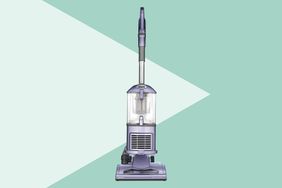 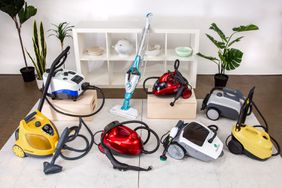