Learn how to plant pumpkin seeds and grow your very own patch.

Sarah Yang is the Lifestyle Editor of RealSimple.com, where she covers everything from home and entertaining, to technology and pop culture. Originally from Pasadena, California, she’s always on the hunt for the best tacos and In-N-Out wannabes in New York City. Follow her on Instagram and Twitter at @sarahayang.

One of the best things about Halloween is choosing the perfect pumpkin at the patch or store, then spending the afternoon deciding how to carve it, drinking apple cider, and pondering how you plan to craft your costume. But if you want to save yourself a trip (and test your green thumb), you can also opt to grow your very own pumpkins.

Caring for homegrown pumpkins when they're in the ground can be a time-intensive process, but as long as you set a routine, there will be big orange gourds in your garden in just a few months. Here, Danny Watson, a garden center associate at The Home Depot, shares his best tips for planting and growing pumpkins from seeds.

When to Plant Pumpkins

The best time to plant pumpkin seeds is from late May to early July, so you can enjoy them in the fall. You can choose store-bought seeds that are ready for planting or collect the seeds from a pumpkin you just carved—it's a pretty easy task. Before you plant pumpkin seeds, keep in mind that you'll need plenty of room in your backyard to space out the seeds, so aspiring pumpkin growers who lack substantial outdoor space might want to stick to the pumpkin patch or store.

How to Plant Pumpkin Seeds

If you're planting seeds that you removed from the inside of a fresh pumpkin, there's some prepping you'll need to do before you plant them in the ground.

First, you'll need to clean off the pulp. Place the seeds in a colander and rinse them with cold water. "Once you've rinsed all the seeds, separate and select the biggest seeds," Watson says. "They have a better chance to grow and flower. Space them out on a paper towel, so they can air-dry."

If you're not ready to plant them just yet, you can store the seeds by putting them in an envelope and placing them in the back of your refrigerator.

For store-bought seeds, Watson suggests choosing between these three varieties: Autumn Gold if you're looking to grow pumpkins you can carve; Dill's Atlantic Giant if you want to grow giant pumpkins upwards to 200 pounds; and Casper if you like all-white versions.

"Pick a planting site with full sun to light shade," Watson recommends. "Keep in mind that the soil should be able to drain because pumpkins prefer soil that is not too soggy."

Pumpkins need room to grow, so you'll need to clear a big spot in your yard. "Due to large vines, it is best to plant your pumpkin seeds five feet apart," Watson says. "If you are growing a smaller variety of pumpkins, the spacing changes—instead, space them three feet apart."

Check the pH level of your soil (which you can do with a kit)—it should read between 6 and 6.8. Make sure the area is clear of any pests, insects, and weeds: "You can use weed block two weeks ahead of planting, which will allow the weeds to die naturally," Watson suggests. Another option? All-natural weed killers.

3. Sow Pumpkin Seeds in the Soil

When it's time to put the seeds in the ground, be sure to do so properly. "Pumpkins grow best when you plant the seeds directly into the ground about one inch deep," Watson adds.

Pay attention to any pests, insects, and weeds, especially in the early part of the season. After the plants are about 1 foot tall, you can start regularly fertilizing them with a nitrogen-based fertilizer.

2. Water Early in the Morning

"Diligent watering is very important as the vine can become susceptible to disease," Watson says. "Watering in the early morning (around 6 a.m.) is key, especially in the summer months as the hot weather can make the vegetables extra dry." Watson also suggests purchasing a soaker hose.

In addition to watering, you can help the pumpkins stay hydrated by adding mulch around the perimeter. Don't forget to care for the vine and protect it (and ultimately the pumpkin) from damage.

"Once the vines are showing, switch over your fertilizer to one that is high in phosphorous," Watson recommends. "When you are ready to stunt vine growth (after a few pumpkins have formed), pinch off the fuzzy ends of the vine. Pruning the vine is a great way to help with space and focuses blooming plant growth."

How Long Does it Take for Pumpkins to Grow and When Should You Harvest?

Pumpkins typically have a growing season of 75 to 100 days. A few weeks before it's time to harvest, remove any leaves that are shading the plant—this will help give the pumpkins more color.

"A sign of a ripe pumpkin is when the outside is the proper coloring and the skin is hard to the touch," Watson says. "The stem is also a sign of the pumpkins' ripeness. They will be dry to the touch and begin to shrivel."

When the pumpkin is ready, wear gloves and cut the stem one to four inches, keeping in mind that if you cut it too short, it will not store as long. After cutting the stem, place the pumpkin in the sun for 10 to 14 days to harden and ripen properly.

When to Start Planting Vegetables in Your Garden, a Month-by-Month Guide
How to Grow Stunning Sunflowers in 5 Easy Steps 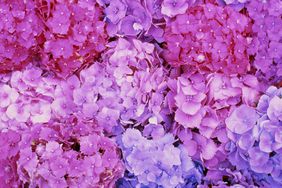 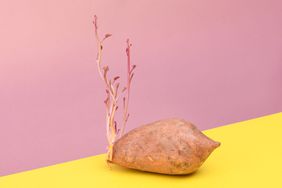 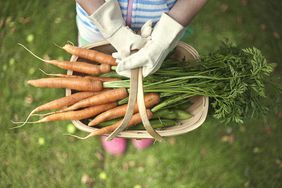 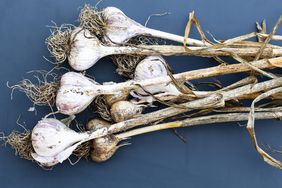 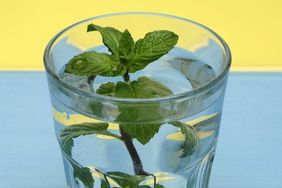 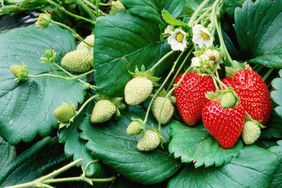 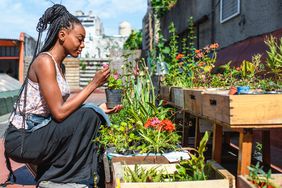 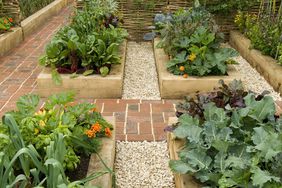 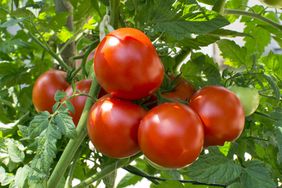 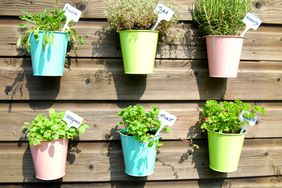 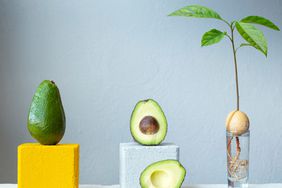 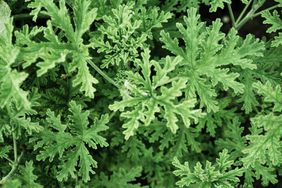 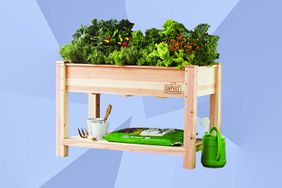 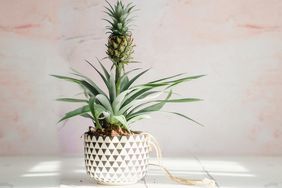