You've Heard of White Noise for Sleep—but Are Brown Noise and Pink Noise Even Better? We Asked Experts

Finding the right sleep noise can mean better sleep for years to come. Sleep and sound experts explain the benefits of different noise "colors," plus how to pick the right sound machine for you.

If you've suffered through a sleepless night (or several), you've likely tried a slew of sleep aids or remedies. One of those was probably white noise, either through a white noise machine, a white noise app, a white noise fan, or another calming sound machine. If it worked, and your sleep dramatically improved, that's great! But if it didn't help you sleep, or you found you didn't like the white noise, don't give up hope—you may not have tried the right sleep noise for you.

White noise gets a lot of attention, but there are other sleep noises out there that offer the same benefits (who knew?). Namely, pink noise and Brown noise can provide the same broad benefits for sleep, but offer slightly different sounds that some people find more tolerable than white noise. Choosing an effective sleep noise comes down to preference, but understanding what the options are can help you be sure you're picking the best—there's so much more out there than white noise, if you're willing to listen for it.

Should You Take Melatonin for Better Sleep? Here's What the Experts Say

What is white noise?

The phrase "white noise" is often used generally to refer to all sorts of background noise, but it's actually a specific and carefully constructed sound. "There's been a lot of confusion about what white noise is," says Sam Nicolino, a sound engineer, musician, and founder of Adaptive Sound Technologies (ASTI), which is behind the LectroFan and Sound+Sleep series of sound machines.

White noise is a machine-generated sound that contains all frequencies. It doesn't occur in nature—it's purely a mathematical construct, Nicolino says. Many sounds are similar to white noise, but they're not quite the same. The sound of white noise can be very staticky. "For most people, it's very unpleasant," Nicolino says. So if you tried playing a white noise machine to help you sleep and truly disliked it, you're not alone—or out of options.

The sleep benefits from white noise don't actually come from the sound itself; they come from the sound's ability to block out other disturbances. "When you don't have a sleep machine, every little noise that occurs in your sleep environment has the potential to rouse you," says Rafael Pelayo, MD, a clinical professor in Stanford University's Sleep Medicine Division, National Sleep Foundation board member, and long-time ASTI adviser. "Having a pleasing background sound can prevent you from hearing these little disruptive noises."

Quite simply, without disruptive noises, you sleep better. By increasing the level of background noise, a sound machine neutralizes the sounds in your immediate surroundings and makes any sudden ambient or outside noises—a barking dog, street traffic, or creaking pipes—less jarring, so people can learn to sleep through them, Dr. Pelayo explains.

This type of noise is popular because it's uniform, but what happens when you can't stand white noise? It may be time to check out pink noise or Brown noise.

What is pink noise?

What is Brown noise?

"Brown noise can sound like a really uneventful ocean surf," Nicolino says. It has more bass notes than white noise, making it deeper and more pleasant to listen to, especially when trying to fall asleep. "People seem to prefer the lower-toned sounds," Dr. Pelayo says.

11 Healthy Habits That Can Actually Help You Sleep Better

How to Pick a Sleep Noise or Sound Machine

At the end of the day (or night, in this case), it all comes down to personal preference. "People are going to choose a sound simply on what they like," Dr. Pelayo says. "Once people settle into a sound spectrum that they like, they stick to it."

Fans of nature sounds will gravitate toward those, rather than the more vague white, pink, or Brown noises. (This sound machine offers non-looping ocean, rain, and fireplace sounds.) Fans of whirring noises will stick with, appropriately, fans. And people who like white, pink, or Brown noise will find a machine that works for them and their needs.

Most sound machines—such as a sleep fan—emit only one sleep noise. This works if you like the noise it makes, but offers limited options.

Beyond the quality of the noise itself, consider whether the sound machine or app you're looking at loops. Some—especially those that feature nature recordings—loop the sound, which can disrupt sleep.

Other things to consider include volume control, sound quality, and the ability to both sense and hear deeper sounds, as you would with a deep bass. (If you do find lower tones more conducive to sleep, a sleep noise app may not work; only larger machines are able to create those two-sense sounds.) Many people use fans for ambient noise, but those can also make you cold. (This option allows users to block airflow if they like the sound of a sleep fan.)

The important thing, Dr. Pelayo says, is that you don't force yourself (or your partner) to listen to something you don't like. Focus on finding a sleep noise that works for both of you, then give it a little time—most people adapt to a new sleep noise within two to three days, Dr. Pelayo says, though some may adapt immediately. (True insomniacs with a long history of irregular sleep may need much longer.) Once you've found your perfect sound machine and noise, you'll likely want to stick with it for life.

Yes, There's an Ideal Temperature for Sleep—and Here's Why It Matters
Was this page helpful?
Thanks for your feedback!
Tell us why!
Related Articles 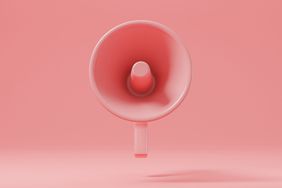 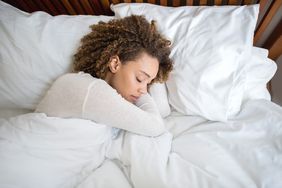 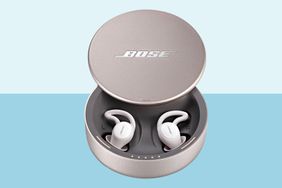 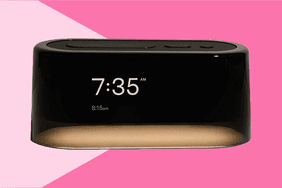 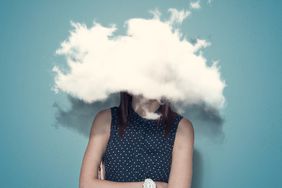 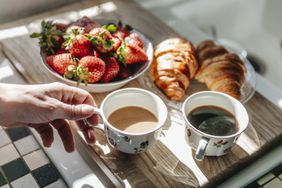 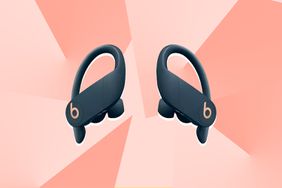 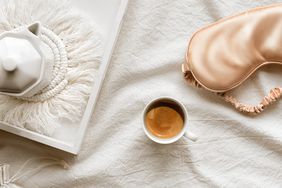 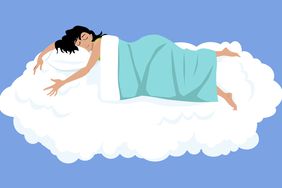 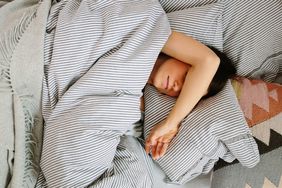 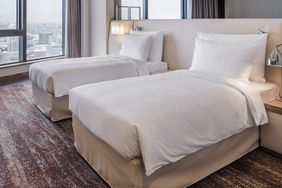 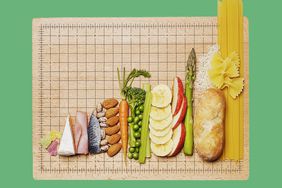