Protect yourself (and feel empowered) with these essential safety tips and maneuvers.

Think you could defend yourself if you were ever attacked? Just because you might be able to handle the toughest of workout classes doesn't necessarily mean you know how to protect yourself. But you absolutely should. We asked safety experts for some self-defense tips and beginner-friendly moves that will give you the best chance of escape (and empower you for the times you feel unsafe but aren't in imminent danger).

Prevention Can Be the Best Protection

Self-defense actually starts before needing to react to the worst-case scenario—with self-awareness and preventive strategies. The first step is paying attention to your surroundings, says Teri Jory, PhD, fourth-degree black belt and creator of DFWM (Don't F*** With Me) Self Defense Training. That means only walking and parking in well-lit areas. Keep your keys (with a safety whistle, defense spray, or safety necklace, if you desire) easily accessible as you approach your car or front door.

While it's easy to think about obvious situations where you might be attacked, there are those that aren't so obvious, namely when you're in your car. Women have a tendency to get into their car and sit while they check messages—a habit that can actually spell trouble. "If a predator is watching you, this is the perfect opportunity for that person to get in the passenger side, [threaten you], and tell you where to go," says Jory. That's why as soon as you get in the car, as a matter of habit, you should immediately lock the doors and leave.

Be mindful of drinks around strangers.

If you're at a party, stick with friends, and if you've left a drink out of sight even for a few seconds, get a new one. "Spiking a drink with a date rape drug can happen quickly," Jory says. When going on a date, tell family or friends where you're going, especially if this is a first date or blind date. If somebody pushes you to do something you don't want to do, know that you have a right to leave. And of course, charge your cell phone and keep it and a charger on you at all times.

How to Make a Scene

The second part of prevention involves sounding the alarm. If somebody's in your face or you're in a situation where you're unsafe or uncomfortable, yell "back off" or simply scream. "You're trying to get other people's attention and let the predator know you're not an easy target," Jory says.

If ever you're in a situation like this, it's time to go into escape mode—you want to do whatever is necessary to get away and survive. And remember: "Know that you can escape even against somebody bigger or stronger than you," Jory says. The first thing you should do is try to scream and escape. If someone gets their hands on you, then try some defensive moves that could open up the opportunity for an escape.

Know the Most Vulnerable Areas (Yours and Theirs)

For starters, the areas most vulnerable to attack are those that affect seeing and breathing—the eyes, nose, mouth, and throat. You're also more vulnerable on the ground versus standing. Although ending up on the ground during an assault is a real possibility, remaining on your feet should be a priority, Arthur says.

Areas of an attacker's body that are most vulnerable include not only the eyes, nose, and throat, but also the groin. "Effective striking to these areas is most likely to slow, stun, or stop an attacker long enough to get away," says Jarrett Arthur, a self-defense expert in New York City and co-owner of Jarrett and Jennie Self-Defense.

Fortunately, you don't have to have a black belt in karate to learn how to defend yourself. Just practice these self-defense moves at home frequently so you'll feel confident using them if you're confronted.

"Not only does basic self-defense knowledge make you safer and increase your chance of surviving a violent assault, it also contributes to feelings of confidence and personal power," Arthur says.

When to use it: Use this from a distance as a way of setting a strong body-language boundary (like if somebody's following you) or when you're engaged in sending physical strikes, Arthur says.

How to do it: Stand with your feet shoulder-width apart and your hands by your sides. Keeping your toes pointed forward, take a natural step forward with your non-dominant leg, so your feet are staggered. Bend both knees slightly, elevate the back heel, bring your hands up with your hands about 12 inches from your face and your palms facing forward, tuck your chin, and shrug your shoulders slightly. Distribute your body weight between both feet, placing it more in the balls versus heels.

When to use it: This is a last-resort move to create escape opportunities. "It's best used when the face of the attacker isn't blocked or covered, and you can reach the face with your arms outstretched," Arthur says.

How to do it: Start in Ready Stance and keep your hands up. Rotating your left hip and shoulder, explosively extend your left palm straight out, with your fingertips straight up and elbow down. Keep your right hand up to protect your face. Immediately recoil your left arm, returning your shoulder and hip to the square ready stance.

With your feet in the same position, send a palm strike with your right hand (be sure to rotate right hip), then try a left-right combination. If you are left-handed, practice a right-left combination. Your hand should stay open (i.e., don't make a fist) and the heel of your palm should make contact with the attacker's nose.

When to use it: This is another last-resort move to create escape opportunities. It's particularly beneficial against somebody who's tall, Arthur says, especially if you can't reach their face for Palm-Heel Strikes.

How to do it: Start in Ready Stance, keeping hands up. Bend your right leg and drive your right knee straight up. As soon as the right knee is above your waistline, extend your hips (almost bend backward to generate power in the left leg/your loading leg) and kick your right shin directly to the attacker's groin, making sure to keep your toes pointed downward and out of the way. Immediately release your right foot behind you and return to Ready Stance.

When to use it: Rely on the Hammerfist Punch move in almost any situation where you find yourself in danger, Jory says. It's most effective, though, when used to hit the attacker directly in the face, particularly the nose, jaw, or temple.

How to do it: Start in Ready Stance. Raise your dominant hand up, bending at the elbow (like you're preparing to throw a ball). Rotate your hips toward attacker and bring your dominant arm down, smacking the attacker in face (aim for the nose) with the meaty bottom part of fist. If you're practicing this move, recoil to Ready Stance and repeat. In a real-world scenario, strike the punch and run while the attacker is incapacitated. 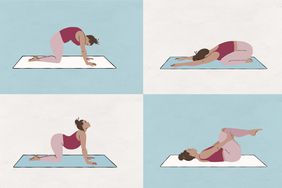 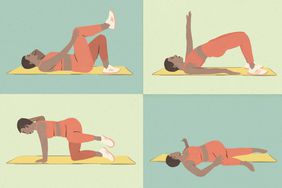 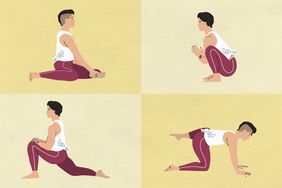 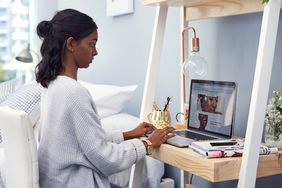 How to Improve Your Posture When You Work From Home, According to a Chiropractor 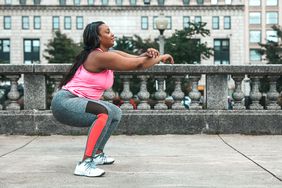 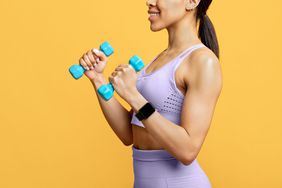 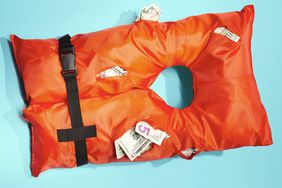 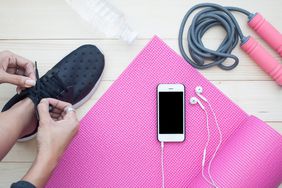 This 15-Minute Jump Rope Workout Is Great for Beginners 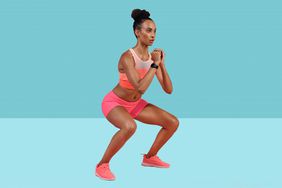 Here's How to Do Squats Properly, Safely, and Effectively Every Time 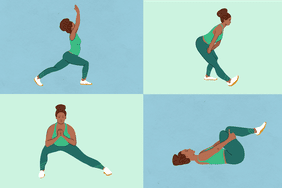 5 Easy, Everyday Hip Stretches for Anyone Who Sits All Day 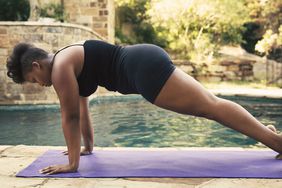 8 Bodyweight Exercises You Can Do Anywhere 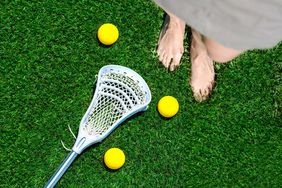 The Easiest Way to Soothe Foot Pain? A Humble Lacrosse Ball—Here's How to Use One 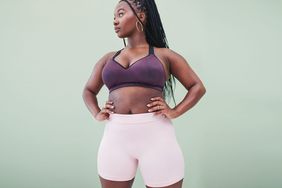