No misery is quite like the deep throb of a migraine. Ready to hatch an escape plan? Here are some migraine remedies that actually work—plus some surprising triggers to avoid.

Profoundly painful and infamously stubborn, migraines have probably been around as long as the human brain. Even the ancient Egyptians suffered from the wretched ache; they attributed it to an evil spirit and struggled to exorcise it with incantations. Today, doctors know better.

Migraines hit when the brain sends signals out to the nerves that cause inflammation of the blood vessels and sensitivity of nerve endings. The nerves then send electrical signals into the brain. What patients end up experiencing is a sharp, often one-sided pounding that lasts for hours or even days and a bevy of associated problems, such as queasiness, sensitivity to light and sound, and, in 20 to 30 percent of sufferers, an aura (a transient sensation, like flashes of light or tingling in one arm).

Thirty-seven million Americans are all too familiar with migraines, and women are three times more likely to suffer from them than men, possibly due to monthly hormonal fluctuations that exacerbate pain. What’s worse is that the headaches aren’t just rare occurrences. For many, they hit frequently: More than 2 million migraine patients suffer from chronic migraines (15 or more days with headaches each month). The rest experience the pain less often but still quite a lot. According to an American Migraine Prevalence and Prevention study, the average migraine sufferer has 8.3 episodes in a three-month period (in other words, almost three a month).

Fortunately, there are more options than ever to treat and prevent migraines. With recent innovations in functional magnetic imaging, doctors can now study exactly what happens in the brain in the midst of an episode. In addition, scientists are uncovering gene variations that raise a person’s likelihood of developing migraines.

“The hope is that, with these discoveries, we’ll soon identify new therapies or find ways to use current therapies more effectively,” says Elizabeth Loder, M.D., former president of the American Headache Society. For now, read on to find information on some doctor-approved weapons in the modern arsenal, so when your next migraine attacks, you’ll be ready to fight back.

Migraines can be triggered by any number of things—some stranger than others. Sometimes they’re spurred on by chewing gum (as a Pediatric Neurology study found); sometimes by a colleague’s button-down shirt. (A 1989 Archives of Neurology paper identified 82 percent of migraine sufferers as “stripe sensitive.”) Keeping a journal of your daily habits, stress levels, and migraines for a few months may help to pinpoint flare-up patterns, says Jason D. Rosenberg, M.D., the director of the Johns Hopkins Headache Center at Bayview, in Baltimore. Here are the areas to monitor.

Migraine-sensitive brains relish routine. So, for many, going to bed and waking up at the same time, including on weekends, can keep episodes at bay. And don’t skimp on the shut-eye. A study conducted at Missouri State University, in Springfield, reported that a lack of REM sleep led to increased levels of proteins in nerve cells that contribute to migraine pain.

Food triggers vary, but for some, a substance called tyramine may be a culprit. It’s produced by an amino acid in some foods as they mature, which explains why aged cheeses, dried fruit, fermented foods, and sometimes even leftovers can wreak havoc. As with sleep, a set eating regimen helps; skipped meals and heavy meals may promote attacks. Staying hydrated may be important, too. In a small study published in the European Journal of Neurology, migraine patients who increased their water intake by a little over six cups a day experienced 21 fewer hours of pain during the two-week study than did those who had taken placebo drugs.

Obesity increases your risk of certain migraines by 81 percent, according to a study published in the journal Neurology. While it’s still unclear why this is, one theory holds that fat cells release inflammatory particles into the bloodstream, which may contribute to the pain of migraines.

A Neurology study found that the risk of migraines jumps by 8 percent with every rise of 9 degrees Fahrenheit in the air temperature relative to the usual temperature for that day of the week and month, even in winter. Experts are unsure why this happens, but weather has long been thought to contribute to migraines.

Loud sounds, strong aromas, dazzling visuals: It’s unclear why many migraine sufferers can’t tolerate high intensity of any sort, though it may be because the nervous system has trouble filtering out sensory input. A study published in the journal Nature Neuroscience also suggests that, in the case of visually charged migraine attacks, light activates a pathway of non-image-forming retinal neurons, which means that light can add to migraine pain, even in blind patients

While nothing practical will shield you from the noise and smell issues, you can don a pair of tinted glasses to tone down bright lights, which exacerbate migraine pain for more than 80 percent of sufferers. Wear the glasses when you’re out in the sun or in an office with harsh fluorescent bulbs.

These are most effective for episodic attacks, defined as less than 15 a month.

If you are new to migraines or suffer fewer than two attacks a week, nonprescription migraine-specific NSAIDs (nonsteroidal anti-inflammatory drugs) may be all you need. Their active ingredients are similar to those in non-migraine-specific drugs (such as regular Advil and aspirin). But they also contain substances thought to reduce nerve irritation (such as caffeine in Excedrin Migraine and potassium salt in Advil Migraine). You should be able to resume normal activities two hours after taking a dose. If you find that the medication brings little or no pain relief, or that the pain relapses or intensifies, make an appointment to see a headache specialist. Don’t pop extra pills—more than two doses a week can trigger an overuse headache (which feels identical to a migraine), as well as other side effects, like stomach ulcers.

Patients who don’t find relief with over-the-counter drugs typically turn to a class of prescription therapies known as triptans, which include sumatriptan and frovatriptan. Available as pills, injections, nasal sprays, and patches, these medications work best when taken at the first sign of pain. “When taking triptans, you shouldn’t wait to see if the headache is going to be a bad one,” Cowan says. How do they work? Triptans mimic the activity of serotonin at specific receptors on cells and release other substances that cause changes in certain nerves and help to relieve pain. The drugs are nondrowsy and nonaddictive, although patients may experience side effects, such as heaviness in the chest, tingling in the toes, and rapid heart rate.

Taken every day, regardless of whether you have an attack, these drugs are intended to reduce the frequency and the intensity of migraines and to improve your response to pain relievers like triptans. Typically geared to those suffering more than one or two episodes a week, the drugs fall into a variety of categories. Three of the most popular: beta-blockers (such as timolol), which target blood pressure; antiseizure drugs (like topiramate), which may calm overexcitable nerves in the brain; and antidepressants (such as amitriptyline), which activate serotonin receptors. 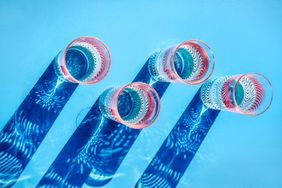 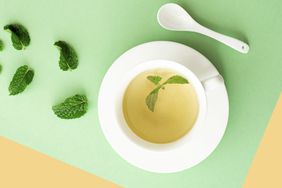 This Is Why You Feel So Awful When You're Hungover—and What to Do About It
8 Smart Habits for a Healthier Metabolism
Ask a Beauty Editor: How to Get Rid of Redness From Acne 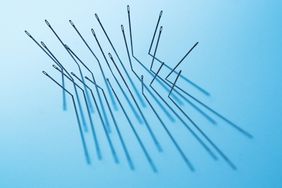