Reducing or eliminating animal proteins can have some surprising effects on your overall health—as long as you do it right.

Hot dogs at the baseball stadium, BBQ platters of burgers and sausages, date night roast chicken, Thanksgiving turkey, holiday roast—many of our most memorable moments revolve around eating meat. So it might be surprising to learn there's been a huge increase in the number of people in the U.S. opting for plant-based diets in the last 15 years. Whether it's for health, sustainability, or ethical reasons, more people are choosing to eat less animal protein, or none at all.

But what are the health implications of cutting meat from your diet? Is reducing or removing meat a panacea for all health woes? Or does it leave you lacking in important nutrients? And what should someone know when making the transition from a diet that includes meat to one that's plant-forward or completely vegan?

To answer some of these questions and find out what happens to your body when you stop eating meat, we turned to Dani Levy-Wolins, RD, a registered dietitian at Thistle and Nourilife. If you're thinking of swapping out your carnitas for jackfruit, here are some key factors to consider.

Not everyone considering a meat-free lifestyle is starting from the same level or type of consumption, a factor that could have an impact on the way the body reacts when deprived of animal protein. "When we consider how meat impacts our physical health, we first need to consider the type of meat consumed; studies suggest that processed meat, for example, may present more significant negative impacts than unprocessed meat," Levy-Wollins says. "Red meat, when compared with white meat, may also correlate to an increased risk for certain disease states. This suggests that the type and source of meat protein plays a role in how our bodies react upon consumption."

You'll also want to consider the cut of meat you typically eat (fattier cuts of meat will provide more saturated fat and cholesterol, which could be of concern for certain populations), and how it's cooked (high-heat cooking creates heterocyclic amines, which may damage DNA).

Depending on factors such as these, the impact of cutting out meat will vary greatly from one person to the next. So the first step is to take stock of how often you eat meat, the types of meat you're eating, and how you're cooking it.

This Plant-Based Meat Made From Walnuts Is Blowing up on TikTok, and You Won't Believe How Delicious It Tastes

What You Lose and What You Gain

Generally speaking, animal proteins aren't inherently good or bad for our health. As is true in all areas of nutrition, the issue is more nuanced than that. Meat has both beneficial and less-than-beneficial components, and moderation is inevitably a factor.

"Meat provides essential micronutrients, such as energizing B vitamins, iron, and zinc, and is also a source of complete protein," Levy-Wollins says. A complete protein food contains all nine amino acids considered essential for good health—and these cannot be produced by the human body, we must get them from outside sources. You can also get complete proteins from non-meat sources such as dairy, eggs, and soy products (edamame, tofu, tempeh), or by combining other ingredients (e.g., rice and beans). But since meat is an extremely accessible and efficient source of complete proteins, there could be drawbacks to stopping consumption altogether without replacing its nutritional benefits. "If meat is simply removed and not substituted, the consumer is at risk of iron or B12 deficiency, anemia, and muscle wasting," Levy-Wollins explains.

On the other hand, there are definite, healthy upsides to removing meat from the diet. According to Levy-Wollins, these could include a decrease in saturated fat, cholesterol, and sodium—all compounds that can increase certain health risks for conditions such as cardiovascular disease and high blood pressure. "If meat is replaced with plant sources of protein, other benefits may include an increased intake of fiber, phytonutrients, and antioxidants," she adds. "Some research suggests that [swapping out] meat (red and processed meats in particular) for plant-based options may be linked with an increased life span, especially as it relates to the prevention of disease states like cardiovascular disease and cancer."

Get Your Necessary Nutrients

If a former carnivore does decide to abstain (or just cut down), it's important they still meet all nutritional requirements to sustain overall health and energy levels. There are certain vitamins and nutrients that consumers should pay special attention to if giving up animal proteins. These include the five B vitamins—niacin, thiamin, riboflavin, vitamin B6, and vitamin B12—as well as protein and general calorie consumption.

While a plant-based diet can definitely be nutritionally complete, transitioning from eating meat may require some added effort to avoid a shortage of calories, protein, and micronutrients. If you go meat free, Levy-Wollins recommends regular doctor visits and lab work to monitor nutritional needs and any deficiencies.

There are also some telltale signs of micronutrient deficiencies you can and should keep an eye out for: "B12 deficiency, for example, often presents as weakness and generalized lethargy, or as pale skin," she says. Paying close attention to these factors becomes especially important in populations with increased nutritional needs such as children, pregnant women, and the elderly.

Start Slow and Be Flexible

Whenever we're considering making a change, Levy-Wollins says, it's important to think about the full range of factors that drive our food choices. It's also important to take small, attainable steps—this is helpful for habit building as well as for giving your body time to acclimate to changes.

"Food is such an integral part of our lives that any type of dietary adjustment may feel overwhelming or limiting at first. For this reason, it may be easier to start slow—try limiting portion size or frequency of consumption," she says. If you're a heavy meat eater, for instance, maybe don't stop cold turkey. Instead, consider options like choosing one or two days a week to go without meat (at least for one meal); committing to eating meals that are 80 percent meat-free; or just avoiding one specific category of meat to start (red meat, processed meat, pork, etc.). Levy-Wollins recommends choosing a dedicated day (or few) a week to let yourself eat animal protein, instead of trying to deprive yourself for an entire whole week.

Additionally, choose plant-based ingredients that are hearty and satiating, like eggplant and portobello mushroom that have a similar mouthfeel to animal protein. "Lastly, you may want to ensure your nutrition needs are met by eating a wide variety of foods and plenty of plant-based proteins," adds Levy-Wollins. "Not only will this help you feel strong and healthy but may also introduce you to new and exciting ingredients!"

I Gave Up Eating Meat for Three Weeks—Here Are 11 Things I Learned
Was this page helpful?
Thanks for your feedback!
Tell us why!
Related Articles 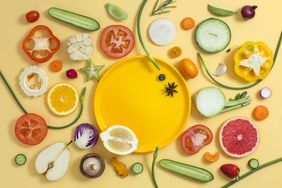 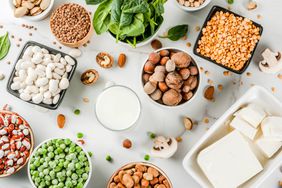 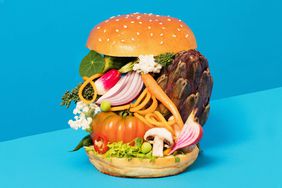 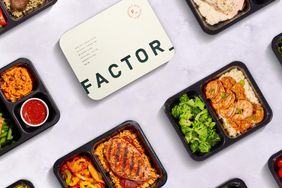 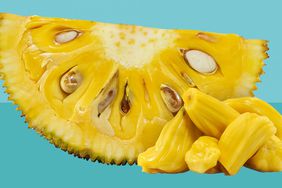