Nutrition tips and lifestyle tweaks to soothe your bloated belly.

Betty Gold
Betty Gold is a food writer and editor with more than a decade’s experience working on titles such as Food Network Magazine, Bon Appetit, and Good Housekeeping. She is the former senior digital food editor at Real Simple and is currently overseeing all food and nutritional content for Well+Good as senior food editor.
Real Simple's Editorial Guidelines
In This Article
View All
In This Article

While it may not be the sexiest topic to discuss, bloating is certainly one of the most relatable. Why? Because this common digestive woe can happen to the best of us and be caused by anything from low physical activity to eating certain foods to forgetting to chew each bite thoroughly.

What exactly is bloating?

According to Linda Lee, MD, MBA, vice chair of ambulatory operations for the Department of Medicine and director of gastroenterology at Maimonides Medical Center in Brooklyn, N.Y., bloating is defined as a condition in which your stomach feels full and tight, often due to gas, and it affects around 24% of women.

Being bloated is uncomfortable, irritating, inconvenient, and sometimes downright painful. So it's no shocker that so many people are seeking healthy, everyday solutions for sustained relief.

The excellent news: There are a number of simple lifestyle and dietary changes we can make to get rid of bloating (and help prevent it in the future). Here, nutrition experts help explain why you might be bloated, five foods they recommend to get rid of bloating, and healthy habits to keep it from coming back.

Why are you so bloated?

It's important to note that excessive bloating, gas, or other abdominal discomfort could potentially be due to a food intolerance or other underlying health issue. "As with any G.I. discomfort, I would recommend starting by speaking with a qualified health care provider to determine the root cause of bloating, such as irritable bowel syndrome (IBS) or small intestinal bacterial overgrowth (SIBO)," says nutrition expert Maya Feller, MS, RD, CDN of Brooklyn-based Maya Feller Nutrition and author of The Southern Comfort Food Diabetes Cookbook: Over 100 Recipes for a Healthy Life.

However, it's also likely you're experiencing some run-of-the-mill bloating symptoms caused by one (or a combo) of common triggers.

There is a highway—meaning an established communication system—between the gut and the brain. In times of acute or chronic stress, the body may respond by tensing, which can decrease gastric motility and cause constipation, Feller says. "Alternatively, some people have diarrhea when experiencing stress. The body also may cause the esophagus to spasm and increase the secretion of stomach acid, causing even more bloating."

You're a little too sedentary.

Unfortunately, many people don't move their bodies as much or as often as they should: More than one in five adults is inactive in all but four states, according to the CDC's Updated Maps of America's High Levels of Inactivity. Among the myriad pitfalls of a sedentary lifestyle is digestive discomfort. Additionally, sitting hunched over while working compresses digestive organs and slows down digestion (one of the many reasons it's so important to take breaks!).

Feller recommends movement to help stimulate the digestive tract and move food through your system more efficiently. "Even something as simple as walking after a meal can help stimulate gastric muscles to move food through the stomach," she says. "When it takes food a long time to move through the stomach, there's an increased possibility for gas formation, but when the stomach is emptied quickly, fermentation of food and gas production both decrease. Stomach muscles can help to move gas through the G.I. tract, so regular strength training can strengthen stomach muscles to decrease gas and bloating."

True story: A review published in Exercise and Sports Science Reviews found that exercise is able to alter the gut microbiota, which is a key regulator of digestion and gas formation.

You're drinking more alcohol than usual.

"Alcohol is a toxin, and the body recognizes it as such," Feller says. "It's an inflammatory substance that causes swelling and water retention in the body." Alcohol, when consumed in excess and consistently over time, can also wipe out beneficial bacteria in the intestines, creating digestive distress, gas, and bloating. If you're really struggling with feelings of bloatedness, limit your alcohol intake. You may also want to avoid other carbonated beverages and beverages with artificial sweeteners which can contribute to gut discomfort.

Foods That Can Help With Bloating

They're a good combination of water and fiber, both of which are involved in gut health. "Blueberries are about 85 to 95% water and contain about 4 grams of soluble fiber per 1 cup serving," explains Feller. "Soluble fiber attracts water and helps ease bowel movements by removing excess water." Get the recipe for a blueberry matcha smoothie.

According to Feller, celery is a whopping 95 percent water and rich in potassium, a key micronutrient for maintaining fluid balance in the body. "It's also a good source of insoluble fiber, which helps to add bulk to the stool as well as move it through the digestive tract, decreasing both water and gas bloating," she says. Get the recipe for celery-scallion relish.

Ginger has a carminative effect, meaning it helps to improve digestion and reduce the formation of gas that causes bloating, says Feller. "Additionally, ginger has been shown to accelerate digestion, helping to move foods through the digestive tract so they aren't as likely to ferment in the intestines and produce gas."

According to Feller, this herbaceous vegetable helps to accelerate digestion and enhances the enzyme secretion involved in breaking down food. "Increasing the rate of digestion has the possibility to reduce bloating." Studies also show that fennel has the potential to act as a probiotic, which aids in digestion by easing gas and bloating. Get the recipe for salmon with cucumber-fennel salad.

Parsley is a natural diuretic that helps to excrete excess water from the body, decreasing water-related bloat, says Feller. It is also considered a carminative herb, which helps to decrease gas formation. Get the recipe for summer squash with scallions, chile, and parsley.

If you do notice serious symptoms of bloating, Feller recommends making the following modifications:

What to Eat—and What to Avoid—If You Struggle With Acid Reflux, Heartburn, or Indigestion
Was this page helpful?
Thanks for your feedback!
Tell us why!
Related Articles 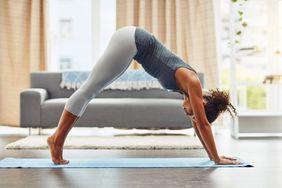 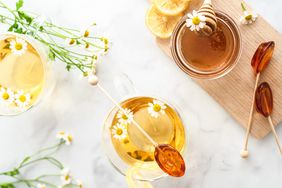 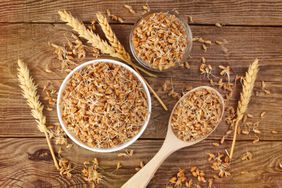 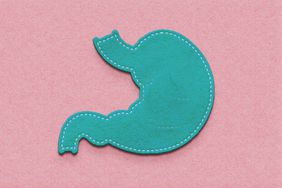