What Are High-Histamine Foods—and Should You Avoid Them?

We asked a doctor and dietitian to explain who needs to watch out for high-histamine foods.

When you hear the word "histamine," you might think of Benadryl—and you'd be right: Antihistamine drugs like Benadryl are used when the body produces histamines in reaction to an allergen. Histamines are the compound responsible for the itchy rashes, swelling, watery eyes, and hives we've come to associate with allergic reactions. But histamines aren't only found in our body's cells— they're actually found in food too. Most foods, in fact, contain some amount of histamines.

Most people never have to think about the fact that their food contains histamines, and for the most part, our bodies are able to break down the histamines in food and digest them easily. But for a very small subset of people, the ability to break them down is decreased or doesn't work. They have what's known as histamine intolerance, and should try to avoid eating high-histamine foods.

Should You Take a Food Sensitivity Test? Here's What Health Experts Have to Say

What can cause histamine intolerance?

First, know that it's not likely—intolerance is not terribly common—but there are three factors that influence whether you can digest high histamine foods, explains Amy Burkhart, M.D., R.D., a registered dietitian and physician who often works with individuals dealing with histamine intolerance.

"The first is genetics," she says. "Different people will metabolize histamines differently." The second is taking medications, which can affect how histamines are broken down. "Lastly, underlying health conditions can affect a person's ability to tolerate histamine," she says.

What foods are high in histamines?

Determining which foods are high in histamines is actually fairly difficult to study, explains Dr. Burkhart. Most foods do have some, but the amount in the food increases over time. "Food contains bacteria and certain bacteria react with substances in foods and produce histamine," she says. "As bacteria count goes up—from getting older, or sitting out on the counter—the histamine content goes up. When people are working with histamine intolerance, they need to eat everything fresh, and if they have leftovers, freeze it immediately. Then, don't defrost it until right before you eat it," she explains.

So one part of avoiding histamines in food is making sure everything you eat is super-fresh. Otherwise, foods to avoid typically include anything that's been around a while, explains Dr. Burkhart. This includes aged cheeses, canned fish, fermented food (like kombucha or kimchi), yeast or yeast extract, processed meats, and alcohol. Anecdotally, Dr. Burkhart also says strawberries and citrus are high in histamines. Histamines also have a "bucket effect"—over the course of a day, you may experience more symptoms as the overall amount of histamines in your body increases.

Because there are so many ways histamine intolerance can affect someone, Dr. Burkhart recommends visiting a doctor and making sure you can rule out other G.I. conditions before you embark on a low-histamine diet.

What foods are low in histamines?

If you've ruled out other things (or are on a maintenance diet like a gluten-free diet for Celiac and still don't feel better), and you and your doctor believe you might have histamine intolerance, the good news is, there are a lot of foods you can eat. "Primarily stick with fresh, non-processed foods—that's number one," says Dr. Burkhart. Fresh meats, most vegetables, and the majority of fruits (minus citrus and strawberries) are usually well-tolerated. "That whole time factor is important as well," she says—for example, some people have better luck with green, unripe tomatoes and bananas than they do with riper versions. Most gluten-free grains are also tolerated well (rice, gluten-free oatmeal), as well as teas that aren't fermented heavily (like white tea).

The good news is, if you're able to make these changes, the diet usually helps a lot, and you only have to eat this way temporarily. "You often feel better in three to four weeks," says Dr. Burkhart. She counsels people to keep a detailed food log and reintroduce things slowly after they start feeling better. "It's hard for the first few months," she says. "But it gets easier."

Here's What Eating the Same Thing Day After Day Does to Your Body
Was this page helpful?
Thanks for your feedback!
Tell us why!
Sources
Real Simple is committed to using high-quality, reputable sources, including peer-reviewed studies, to support the facts in our articles. Read our editorial guidelines to learn more about how we fact check our content for accuracy.
Related Articles 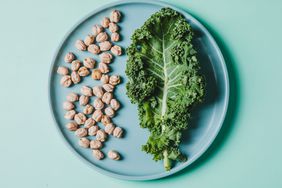 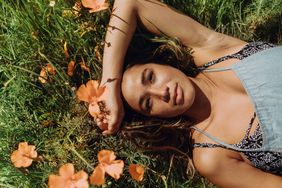 8 Questions You Should Ask Your Dermatologist This Year 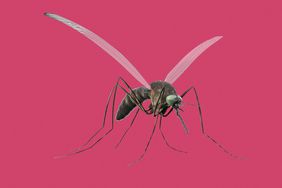