This Is the Reason Why You Yawn When Other People Yawn

Try not to yawn while reading this.

Ever wondered why yawns are so…contagious? We obviously know what a yawn is, here's a more scientific explanation: "The activity of yawning consists of an involuntary wide opening of the mouth and maximal widening of the jaw followed by a deep inhalation and slow expiration," explains Reyan Saghir, MBBS, BSc (Hons). "Usually accompanied when tired or bored, the science behind an everyday event such as yawning is still not yet fully understood."

And then there's the most puzzling part of yawning: It seems to spread. Although the science isn't conclusive, there are plenty of studies into this involuntary phenomena that we can create a fairly well-rounded picture of why we yawn when we see others yawn. Let's dive into the psychology.

Why do we yawn?

It's easy to assume that we yawn to try and bring inhale more oxygen, which is actually what scientists believed until 30 years ago. However, that theory was disproved by a series of experiments published in 1987 that showed no correlation between oxygen deprivation and yawning urges.

As of today, one of the most popular theories as to why we yawn is for arousal. As we become tired, especially when viewing uninteresting or non-interactive repetitive stimuli like a lecture, our body yawns as a means to wake up,'" says Dr. Saghir. "Studies have shown this to be true where an individual's heart rate can be seen to rise and peak for 10 to 15 seconds post-yawn, similar to a boost of caffeine."

Yawning has also been linked to brain cooling, which could be why you find yourself yawning more with a rise in temperature. "When the facial muscles relax, it allows heat to be lost via the facial veins and the cool air entering helps reduce brain temperature via convection," says Dr. Saghir. According to researchers, the idea is that if it's hot, but still cool enough so that a large breath of air will bring your body temperature down (e.g. you just went from being a hot environment to a colder one), you're in a prime state for yawning.

Why do we yawn when we see others yawn?

According to researchers, empathy is the most likely reason. "As humans age, we enhance our psychosocial and neurological development, taking other individuals yawning as a cue that we should yawn as well," says Dr. Saghir. Known as echophenomena, it has also been witnessed in chimpanzees, dogs, and humans.

Yawning isn't the only place where this copycat behavior is observed. For instance, on a daily basis, we are constantly and automatically imitating other words (echolalia) or actions (echopraxia) to fit in, notes Dr. Saghir.

Turns out that it's only natural—our brains are literally wired to copy people around us. "Studies have shown yawning triggers the "mirror neurons" in the right posterior inferior frontal gyrus of the brain, which are activated when performing goal-directed behavior for true imitation, making the yawning reflex physically impossible to resist as our brains are wired not to," adds Dr. Saghir.

It's worth noting that this reaction is only limited in fully developed brains. "As mentally healthy adults, our psychosocial development will make us yawn when others do. But in individuals lacking the correct mental development, the contagious effect of yawning is not seen," says Dr. Saghir. "For instance, studies in children who are still developing the neural mechanism were only found to yawn in tiredness and not in response to another yawning. Similarly in adults with conditions like autism or schizophrenia, in which social development is different, yawning was not reciprocated."

You're probably also more prone to catch a yawn from someone you care about. Circling back to the concept of yawning out of empathy, studies have shown that we tend to copy yawns more when we have a closer bond or relationship with the yawner. "For example, if a family member yawns, you're more likely to yawn compared to a stranger—this is because of an empathic link our brains make that we empathize with the person yawning more and want to mirror their actions unintentionally," says Dr. Saghir.

So, there you have it, your copycat yawning is simply proof of what an empathetic person you are—and a deep-rooted human desire to strengthen bonds with those close to you. And, chances are, with all this talk of yawning you're feeling ready to yawn right about now. 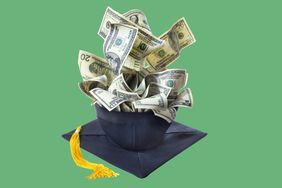 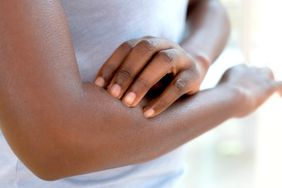 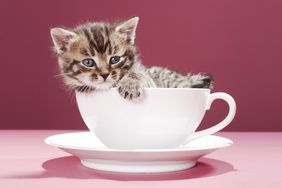 This Is Why Tiny Things Make Us So Happy 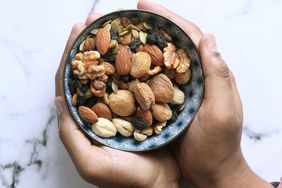 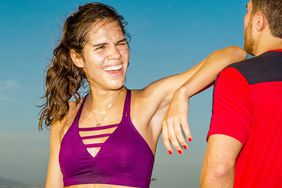 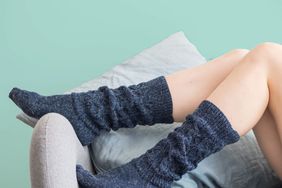