Palm oil is in almost everything—but does palm oil have any redeeming health benefits?

Palm oil isn't new to the world marketplace, but it's still not talked about enough for everyone to know exactly what it is—or why palm oil may be bad for you and bad for the environment. If you're wondering whether you should get rid of all the palm oil in your pantry, consider this a crash course on the somewhat controversial vegetable-based oil.

What Is Palm Oil?

Palm oil is a type of vegetable oil or cooking oil made from the fruit of oil palm trees. It is edible and one of the most commonly used vegetable oils in the world. Palm oil is made by either squeezing the fleshy fruit of the oil palm tree or crushing the kernel at the center of the fruit. The oil can be listed under palm oil or one of about 200 alternative names.

Palm oil is in almost everything. It's incredibly versatile, which means it is used in more than half of all packaged goods people in the United States eat, including pizza, doughnuts, ice cream, instant ramen, and chocolate. Nutella even has palm oil in it—palm oil is the second listed ingredient on the label. Palm oil is also sold as cooking oil: In this case, it will be clearly labeled. Remember those alternative names? They can make it difficult to identify which foods have palm oil in them.

Palm oil is in food, but it's also in consumer products such as deodorant, lipstick, soap, detergent, and toothpaste. (It really is versatile.) Palm oil is in so many products—and it has so many names—that it's nearly impossible to avoid.

So is palm oil healthy? It depends. In short: Palm oil is healthier than some cooking fats and oils, but it is not as healthy as vegetable oils such as olive oil and canola oil. Some studies say palm oil as part of a healthy balanced diet does not increase the risk of heart disease; others say it can be linked to higher heart disease-caused mortality rates. A WHO study suggests more research on the topic is needed.

Palm oil is often presented as a slightly healthier alternative to trans fats, which are increasingly banned. (WHO wants trans fats to be banned globally by 2023.) Palm oil does not contain trans fat, but it is high in saturated fat, which means it can boost unhealthy cholesterol and triglycerides and raise the likelihood of heart disease. Still, it is less saturated—or healthier—than oils and shortenings high in trans fat and butter.

A study related to the preparation of palm oil for use in processed foods linked the oil to a potentially cancer-causing contaminant but only if the oil is heated to a very high temperature of 200 degrees Celsius or 392 degrees Fahrenheit. Even then, the study says further research is necessary to understand the possible risk level.

The public opinion of palm oil keeps shifting, especially as more information about this cooking oil becomes widespread. A 2019 study by the World Health Organization (WHO) says that the palm oil industry has influenced research into the health effects of palm oil, similarly to how the alcohol and tobacco industries influenced research on the health effects of their respective products to make them seem less harmful than they actually are.

Given that some of the research on whether palm oil is healthy is potentially biased, it's possible that palm oil is bad for you—or it may have other health-related effects consumers are unaware of. In the WHO study, the authors write, "The contested nature of the evidence suggests the need for independent, comprehensive studies of the health impact of palm oil consumption." The findings of this study make it unclear whether palm oil is good or bad for you, resulting in uncertainty.

While the health effects of palm oil are still under debate, another concern regarding the oil is its environmental impact. The majority of the global supply of palm oil is produced in Indonesia and Malaysia, and the oil palm plantations that produce palm oil are a major driver of deforestation. The palm oil industry is known for wiping out rainforests and ruining the habitats of endangered species. It has also been associated with increasing carbon emissions, displacing indigenous groups, and labor abuses.

However, compared to other vegetable oil sources that could be replacements, palm oil uses less land, fewer pesticides, and fewer chemical fertilizers. The environmental impact of growing the same amount of corn, for example, would be much larger, though it would not cause the deforestation of precious rainforests. If your climate anxiety is high, consider switching to a more sustainable oil product. 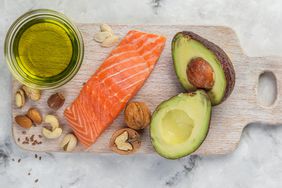 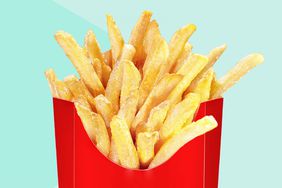