10 Products to Avoid at Trader Joe's, According to TJ's Superfans

When you read the ingredient label on #3, you’ll know why.

There are few things we love more than a Trader Joe's run. Happiness *is* a new jar of Everything but the Bagel Seasoning, a handful of Truffle Marcona Almonds, or stockpiling every single one of the grocer's pumpkin spice products before summer has even officially ended. We've ranted and raved about the sauce section, ranked the nut butters, and spent plenty of time shopping for stocking stuffers and holiday gifts from Trader Joe's.

However, there are a select number of Trader Joe's products that we have really regretted purchasing. Whether it was the taste, a questionable ingredient or scary nutrition label, premature spoilage, or an unreasonable price tag (rare, but it does happen), here are the items we'd probably never go back to buy again. At the end of the day, it just means more money for the Mandarin orange chicken or wine section.

Trader Joe's? Great. Sushi? Awesome. The two combined? Extremely upsetting. The sushi rice is way too sweet and the fish is gummy at best. Ingredients included: imitation crab, fish protein from pollack, potato starch, and more. It may look appealing, but we'd recommend skipping it and buying Seaweed Salad instead.

One Real Simple staffer called this "gross and soggy," and another instantly agreed. We won't knock them for trying, though: Unlike many gluten-free, reduced-calorie pizza crust options, this one is legitimately healthy. It's made from just cauliflower, water, corn flower, cornstarch, potato starch, olive oil, and salt, and has just 80 calories, 220 milligrams of sodium, and zero grams of fat per slice. But if the taste isn't for you, we'd recommend the Broccoli and Kale Crust instead.

Speaking of healthy, this should-be nutritious snack gives off some snake oil vibes. The nuts and fruit are literally swimming in honey—a quarter-cup serving comes in with 26 grams of sugar, 300 calories, and almost no vitamins. Even when paired with a dollop of Greek yogurt, this is probably not how you want to jumpstart your day. Think of Nuts & Fruits & Honey as a dessert, or opt for a bag of Omega Trek Mix (it's the perfect blend of pumpkin seeds, walnuts, pistachios, almonds, and pecans) instead.

The Trader Joe's wrap section is a no-go. Not for taste reasons necessarily, but because you're probably buying one because you think it's a healthy-ish decision. Unfortunately, these are anything but. The Turkey Club, Tarragon Chicken Salad, and Italian Style wraps all come in with around 700 calories and are packed with cold cuts and plenty of sodium. Same goes for the sandwich section. According to a report from CBS News, a Trader Joe's turkey pesto sandwich contains almost a Big Mac's worth of calories (!) plus 1,900 milligrams of salt. This nearly meets the USDA's recommended daily sodium intake limit in a single sandwich. The Super Burrito is a much healthier option: It's quinoa-based and packed with sweet potatoes and kale (Superfood Burrito is more like it). And it tastes delicious.

We've heard many a complaint about the milk section at Trader Joe's. Shoppers often report that they have issues with milk that spoils too soon. (This could, of course, just be a storage mistake on their part). Price-wise, when it comes to organic or lactose-free milks at TJ's, it's not uncommon to find cheaper versions at Whole Foods. Trader Joe's is, however, known for having some of the most affordable Greek yogurt out there, so don't forget to pick some up.

Similar to the milk, TJ's bread section has a less-than-stellar reputation for premature spoilage. The Brioche Rolls are one frequently cited offender—they taste pillowy and delicious on day one, but within 24 hours, many consumers have spotted mold growing. To prevent, we recommend storing the bread in the freezer (over the fridge). But because delicate breads like brioche are best-served fresh, we suggest skipping this breakfast option unless you have a small army of mouths to feed.

Look, Philly cheesesteaks are great and bao buns are arguably better. But there's a reason no one has ever combined the two of these before, especially in frozen food form. We recommend picking up a box (or five) of frozen Gyoza dumplings instead.

We realize this is a slightly sacrilegious statement for those who grew up on TJ's answer to Cheerios, but the unflavored versions of Joe's O's simply have a stale, dry texture and excessively bland flavor. The Crisp Rice cereal is a safer bet, and for those truly devoted, we recommend going for a flavored (like Pumpkin) version of a Joe's O's instead.

Rice at Trader Joe's is relatively pricey, but the brand's frozen rice is downright expensive. This is, of course, due to the convenience factor—the quality and taste of the product is just fine. But considering the fact that Trader Joe's frozen brown rice packets cost $4 for three 10-ounce bags (and an uncooked, unfrozen two-pound bag of brown rice sells for around 71 cents less), this is probably one to splurge on solely when you're in a time crunch.

No matter where you buy them, bottles of vitamins and supplements tend to be expensive. But at Trader Joe's in particular, you're going to spend more than you should. For example, a 100-count bottle of vitamin B pills sells for $5.99 at Trader Joe's and just $4.75 at Walgreens. You're probably better off finding vitamins on sale at a drugstore, Target, or a local health food store that offers coupons or discounts. 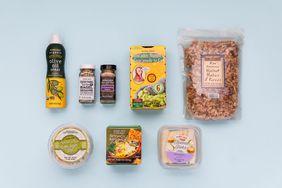 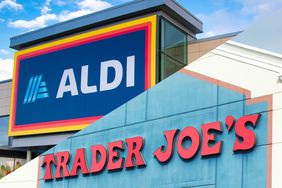 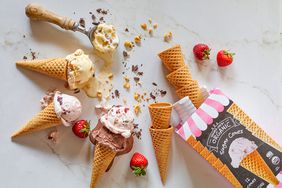 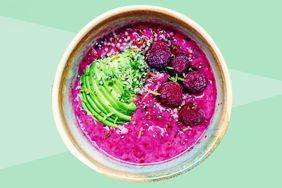 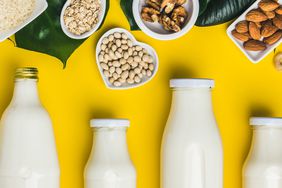 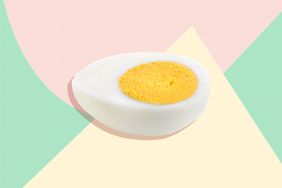