With just days left in 2021, Google has published its annual list of trending food searches of the year. While these foods aren't the most searched from the previous 365 days, they are the dishes that had the highest spike in traffic over a sustained period in 2021, as compared to 2020. In other words, while no one was searching for "Squid Game cookie" in 2020, the term was hugely popular this year thanks to the Netflix show's third episode, which aired in September.

The data, which reflects U.S. search terms only, also contains several recipes that went viral (thanks TikTok!) as well as some dishes that have increased in popularity thanks to some exciting moments in pop culture. Who remembers when the cicadas returned at the start of the summer after a 17-year absence and a certain segment of the population simply couldn't wait to eat them?

Unsurprisingly, there are also a few recipes that simply trended in 2021 thanks to how great they taste and how easy they are to prepare. Yes, we're talking about you, Crockpot chicken!

Curious to know if any of your favorite dishes were among the trendiest of the year? Keep reading to find out!

When it comes to pasta, TikTok has blessed us with several trendy dishes. That baked feta pasta that seemingly everyone was obsessed with went viral back in February and became so popular that it caused a run on feta cheese. By July, that savory meal was replaced by another pasta-centric dish called pasta chips, which you can make in an air fryer and eat just like potato chips.

RELATED: How to Cook Those Viral Egg and Potato Stuffed Peppers to Perfection

While bacon jam is nothing new, chef Gordon Ramsay propelled the condiment to viral status in May after he posted a TikTok of his bacon jam toast recipe that's topped with eggs. In addition to a toast topper, bacon jam also works well on burgers and sandwiches.

Birria is typically a Mexican soup or stew, but thanks to various social media platforms, birria tacos really took off in 2021. The dish features tortillas dipped in a thin layer of fat and filled with the tender meat you'd find in the stew. Once packed with meat, the tortillas are tossed on the griddle, giving them a crispy exterior that's hard to beat. If you're looking for a slightly easier take on tacos, check out these recipes.

Dishes made in a Crockpot have been trending for years thanks to their ease and general coziness, but 2021 was all about chicken made in a slow cooker, which you can prepare in a myriad of ways depending on your taste and flavor preferences.

Interestingly enough, this pastry, which is commonly prepared in honor of the Jewish holiday of Purim, had quite the moment in 2021. Perhaps boosted by TikTok, these triangular-shaped treats are typically filled with jam, but may also be packed with chocolate, dulce de leche, or cheese. Get a jump on your 2022 Hamantaschen prep with help from this traditional recipe.

If you've seen Squid Game, the dalgona candy episode—in which players must trace a complicated shape in the candy in a limited time without breaking it—explains why this term made the cut. Though not technically a cookie (dalgona candy is made with a combination of caramelized sugar and baking soda) the treat takes on a hard texture and is easily breakable. Interested in making the confection for yourself without the deadly consequences? Try this recipe.

Surprise, surprise, this is another trending term we can thank TIkTok for! Baked oats trended on the social media platform in early 2021, in part because the dish is relatively healthy and easy to make. This recipe uses only six ingredients—oats, egg, banana, baking powder, and maple syrup—to create the viral dish that makes for a sweet breakfast or snack.

When the cicadas returned in mid-2021 after a 17-year absence, questions about eating the insects began to emerge almost immediately, hence the bug's spot on Google's list of trending foods. For the record, cicadas are generally safe to consume, but that doesn't mean everyone should give 'em a try.

The model shared her recipe for spicy vodka sauce pasta in 2020, but apparently the interest in the comforting dish was so intense that it carried over into 2021. Hadid's recipe calls for small seashell pasta that's cooked and then bathed in a blend of olive oil, garlic, tomato paste, heavy cream, vodka, butter, and crushed red pepper flakes. If that piques your interest, be sure to check out this similar recipe for spicy rigatoni alla vodka.

Let's be honest, Americans tend to love potatoes no matter what form they're in, but (yet again, thanks to TikTok) smashed potatoes reigned supreme in 2021. As the name suggests, smashed potatoes are baby potatoes that have been smashed with the bottom of a glass or something similar, seasoned with the spices of your choice, and then cooked. This recipe includes the trendy food, but throws in some broccoli, crumbled cheese, and fried eggs for good measure.

RELATED: 16 Delicious Ways to Use Up All Those Extra Eggs in Your Fridge 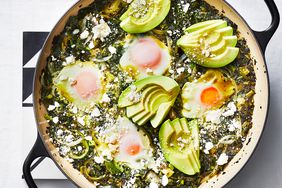 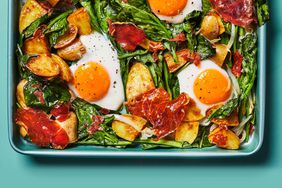 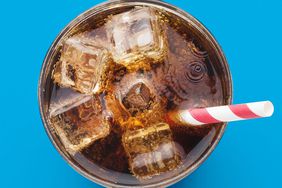