There’s only one type of flour you should ever use when making seitan.

In recent years, plant-based meat alternatives have taken the market by storm. Whether it be at your favorite fast-food restaurant or a local grocery store, vegan protein options are available just about anywhere and everywhere. However, when making a plant-based "beef" patty to rival the flavors and consistency of ones made by companies like Beyond Meat might sound like an overly ambitious endeavor to do from the comfort of your home, you might want to try making seitan instead.

Made with just two simple ingredients—water and vital wheat flour—vegan "chicken," also known as seitan, can be transformed into things like vegan nuggets or a barbecued "brisket" sandwich in just a few steps. To experiment with making this plant-based alternative myself, I turned to TikTok to discover what the hype was all about. With over 560 million views for videos tagged "seitan" on the app, users from all around the world have tested making this meat alternative, and their reactions are priceless. With a shreddable and firm texture that would fool most into thinking it was the real deal, most TikTok-ers are pleasantly surprised, if not shocked, by their results.

But first, what is seitan and why is everyone so obsessed with it? Seitan is a food made from gluten derived from wheat. It requires kneading and washing dough under water to remove starch granules, leaving behind a sticky dough ball that can be shaped to mimic the texture and consistency of a chicken breast. Vegetarians and vegans have turned to this meat alternative that offers a high-protein, yet low-carb alternative that's approved for plant-based diets.

One serving of seitan, made from one ounce of vital wheat gluten, contains just over 100 calories, 21 grams of protein, and only about 4 grams of carbs. Despite its generally good composition, this meat alternative is high in protein but doesn't contain the essential amino acid, lysine, found in foods like beans. However, consuming seitan in moderation can help incorporate protein and minerals like selenium and iron into your daily diet. Additionally, those with gluten intolerance or celiac disease should avoid consuming seitan, which can disrupt or cause a "leaky" gut or allergies.

How to make seitan

In a recent video, TikTok user @foodwithfeeling describes how she makes her seitan using brands like Bob's Red Mill Vital Wheat Gluten Flour, which can be found on Amazon, that contains 70 to 80 percent protein. Unlike regular flour, vital wheat gluten flour undergoes processing to remove as much starch as possible, leaving behind only gluten, which is ideal for making faux meats.

In a large bowl, she combines the flour and water, gently stirring the mixture until incorporated. She notes that the highly glutinous flour used doesn't require as much kneading to activate the gluten as regular flour. Once the dough is made, she covers it with a cloth and lets it sit for about 20 minutes.

Though you can technically make it with just two ingredients (flour and water), seitan tastes much better when seasoned. Brita, from @foodwithfeeling, uses Trader Joe's Vegan Chicken-Less Seasoning Salt and smoked paprika to do the trick. She sprinkles a few teaspoons over the top and kneads the dough to distribute the spices evenly.

She then twists and knots the dough to create the stringy texture of cooked chicken and transfer it to a frying pan, where she sears the seitan until golden brown on both sides. Next, she simmers it in a few cups of broth covered with a lid for an hour to cook the dough thoroughly—the result: a chicken-like meat alternative ideal for plant-based and meat-eaters alike.

According to This Internet Hack, You've Been Microwaving Your Food All Wrong

To test out making seitan, I followed Brita's recommendations and used vital wheat gluten flour and water as the foundation for my seitan. I mixed 1 cup of flour and added 1 cup of room temperature water. Using a stand mixer with the hook attachment on medium speed, I let the dough form. However, I needed to add a few more tablespoons of water to hydrate the dough enough to form a ball.

After letting the dough rest for about 20 minutes, I added 1 teaspoon of nutritional yeast, 1 teaspoon of smoked paprika, and 1 teaspoon of garlic powder. I gently kneaded the dough to incorporate the dry ingredients into the seitan. Using the twisted knotted method, I formed two "chicken breasts" and pan-seared them in a nonstick skillet over medium heat until golden on both sides. Next, I added a cup of vegetable stock, covered the pan, and let the seitan simmer over low heat for 45 minutes.

Overall, the seitan resembled the appearance of chicken and had a pleasant, chewy texture. I found that the dough could benefit from more added spices or flavors, and experimenting with more sauces to coat the seitan would likely make it tastier. 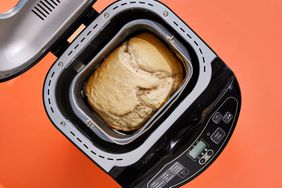 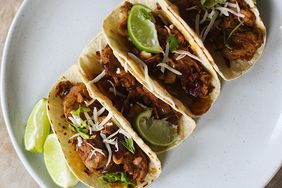 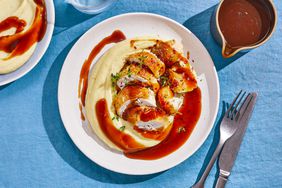 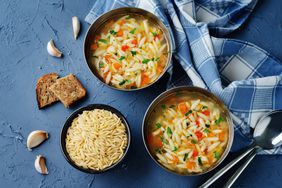 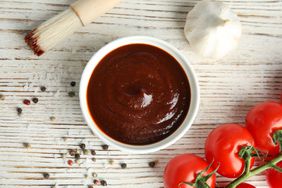 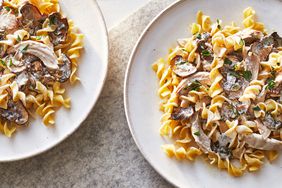 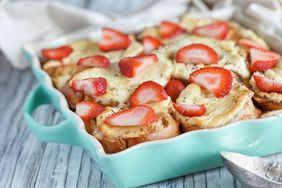 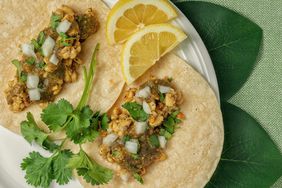