Fire up the BBQ and grill a perfect batch of juicy bratwurst sausages at your next cookout.

For minimal-effort grilling with high rewards, brats should be your go-to. Bratwurst, also known as brats, is a sausage hailing from Germany and traditionally made with pork and veal, although all-beef ones or a combination can also be found at supermarkets. A variety of spices give brats their desirable flavor, and often include ginger, nutmeg, lovage, marjoram, coriander, or caraway. Brats are generally sold fresh, but are also available pre-cooked and come cured or uncured, and smoked or unsmoked.

There is no shortage of ways for how to cook brats, but grilling them ensures charred bits that add complexity and offer that char-grilled flavor we love about a good (and simple) cookout. Brats are convenient and require next-to-no prep, and are guaranteed to be seasoned perfectly throughout without having to fuss with a marinade like in other common grilling options. Plus, fresh brats, like other sausages, come off the grill juicy and tender and are basically impossible to mess up as long as you cook them over moderate heat.

Another major perk: There are infinite ways to serve and enjoy brats. In Germany, this popular street food is often served in little paper food boats with a side of fries and ketchup, and sometimes mayonnaise or mustard. Street vendors will also sell it in a bread roll, not to be confused with a hot dog bun. For at-home cookouts, it's common to find brats (in the company of other sausages) served alongside a variety of salads, including potato salad, and an assortment of sauces.

Since brats are more commonly found fresh at grocery stores, the tips that follow will focus on how to cook fresh brats on the grill. (Packaged fully cooked brats will still need to be cooked, preferably over a medium-low grill, until heated thoroughly.) The secret to grilling perfect brats is patience, moderate heat, and turning the brats frequently. High heat will not only produce uneven cooking but can cause the casings to split. And forget what you've been told about poking sausages before cooking, pricking before grilling will result in the brats losing all their flavorful juices as they cook.

Before grilling, brats can be parboiled in a cast-iron skillet or aluminum pan directly on the grill in broth, water, or beer and cooked at a simmer until they reach an internal temperature of 150 degrees. Then, they can be transferred to the grill grates to pick up some color and char. This dual cooking method ensures the brats are evenly cooked on the inside, and will then get a subtle char on the outside—it might be a preferred method for those who fire up a grill a little on the hot side.

How to Grill Brats on a Gas Grill

The benefit of cooking on a gas grill is that the heat is consistent. This makes sticking to moderate heat, the ideal for brats, easily achievable. Frequent turning of the brats is a must, but there's less of a concern that the grill will be too hot and split the casings.

How to Grill Brats on a Pellet Grill

Pellet grills, similar to gas grills, allow the ability to control cooking temperatures effortlessly, yet add more flavor thanks to a more subtle smokiness than gas grills. Due to pellet grills producing indirect heat, it's less likely for the brats to overcook or split.

How to Grill Brats on a Charcoal Grill

Charcoal grills yield that smokey irresistible grill flavor, but they can get very, very hot. Great to get a nice sear on a steak but not so great for brats, which can split if the heat is too intense. To cook brats on a charcoal grill, it's better to start them over indirect heat until mostly cooked and then transfer them to the side of the grill with direct heat so they pick up a nice char in spots.

How to Grill Brats in a Grill Pan

Grill pans come in handy when firing up the grill feels like too much work but you're still craving the crusty, charred bits that grill marks can offer. Grill pans are also reliable since they heat up evenly and retain heat, which is perfect when cooking brats.

How to Tell When Brats Are Done

There is one simple way to truly know that brats are cooked through and you might have guessed the answer already—a digital meat thermometer. This is the only way to guarantee that the brats reach a safe internal temperature of 160 degrees. (The temperature continues to rise by a few degrees after cooking, so it's fine to pull the brats from the heat at 155 degrees). This rule applies to both fresh and pre-cooked brats.

It's easy to assume that if they're nice and charred on the outside after they've been on the grill long enough that they must be ready, but the heat of the grill could be accidentally too hot and char the brats on the outside before they're fully cooked on the inside. Pinkness is also not a reliable visual cue, as sausages can retain a pink color due to their processing even if they're fully cooked. So get yourself a digital meat thermometer once and for all and never play the guessing game again. 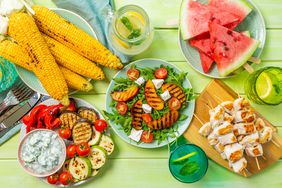 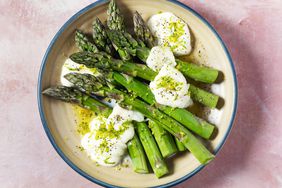 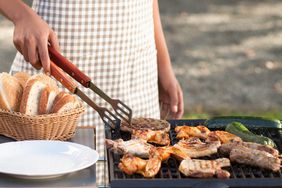 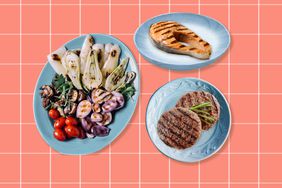 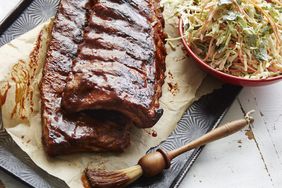 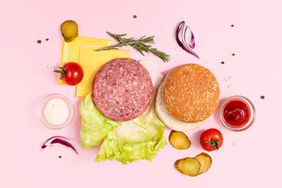 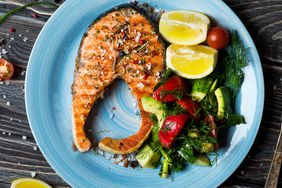 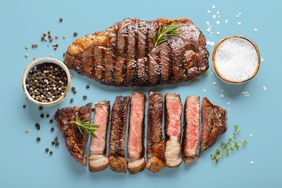 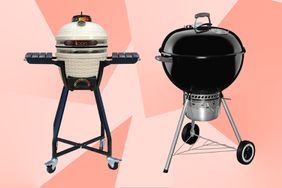 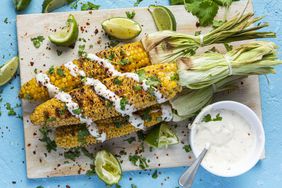