The Surprising Power of Casual Friendships

They can make you happier and more creative, and even help you land your next job. 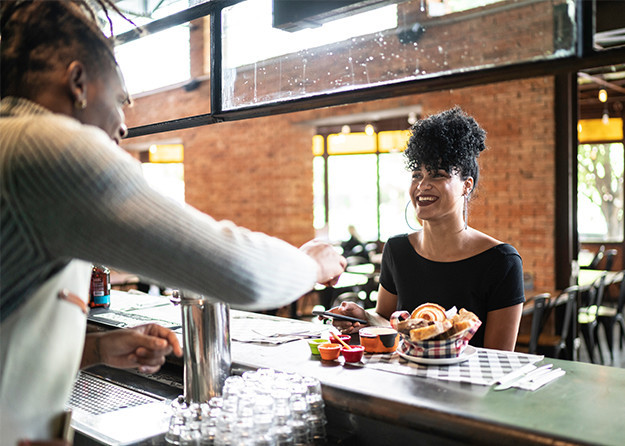 Naming the people you’re close to is easy. Naming all the people you know casually, like your co-worker’s partner, a neighbor you run into while walking the dog, or the barista you see every day? Super hard. There are so many of them! But that’s no reason to stop welcoming more new faces into your life. In fact, research shows that forming a lot of these casual relationships, known as “weak ties,” is a good thing. Here are three ways you might benefit from your acquaintances:

1. They may add joy to your life

In one 2014 study published in Personality and Social Psychology Bulletin, researchers found that among 58 first-year university students, those who had more daily weak-tie interactions on average  reported greater feelings of wellbeing, including belonging and happiness, than those who had less. (Participants were given two clickers during the experiment: a red one to tally "strong tie" interactions and a black one to tally "weak tie" interactions.) Students also reported greater wellbeing on days when they interacted with more weak ties than usual. And it’s not just college-age kids who can benefit in this way: The same researchers found similar results when looking at adults over the age of 25.

So next time you’re at, say, yoga, consider striking up a short conversation with the person next to you before class lets out. That sort of small, daily interaction with people you don't know super well may benefit your mental health more than you think.

2. They may boost your creativity

A review of research in the Academy of Management Journal found that weak ties may facilitate creativity while strong ties do not. How come? It could be that your strongest ties are a fairly homogenous group—in other words, you have a lot in common with them—whereas your weaker ties might be from another town, work in another industry, or be of a different socioeconomic background, race, gender, or sexuality than you. Interacting with people who don’t share your exact worldview can broaden your own perspectives and allow you to come up with new ideas.

If you work in, say, marketing, try having coffee or lunch with someone who works in another department at your company, like accounting. Or meet up with acquaintances from an entirely unrelated workplace in an unrelated social activity, like a book club or recreational sport league. You never know what you'll learn or where you’ll find inspiration.

3. They may help you find a job

One pioneering study that’s regularly cited today when the topic of "weak ties" comes up was published way back in 1973 in The American Journal of Sociology and found that most of its 282 participants—white collar employees from Boston—got their jobs through a weak tie. More specifically:

• 27.8% of participants said they got their job through a connection they saw once a year or less (a very weak tie)

• 55.6% said they got it through a contact they saw more than once a year but less than twice a week (a weak tie)

• 16.7% said they got it through someone they saw at least twice a week (a strong tie)

Since your weak ties travel in different social circles (and possibly different work circles, too), they may know about opportunities that you wouldn't otherwise hear about. If there are certain people you'd like to keep in your outer network, take the time to occasionally "like" or comment on their social media posts, or send them an email or a text if you see something that might interest them. It's a subtle way to remind people who you are and let them know that you are thinking about them; that way, if an amazing job opens up in the future, they might think of your name and won't feel awkward reaching out to you either.

Bottom line: acquaintances may be “weak ties,” but their impact? It has the potential to be major.