5 Sicknesses You Can Catch From Your Pet 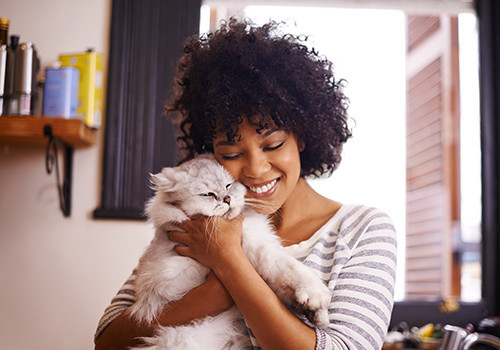 As cute as they are, house pets can end up with some nasty infections that could ultimately affect you, their human, quite seriously. Here, five common sicknesses you can catch from your pet, and how to prevent an outbreak in your home.

This is an infection caused by a single-cell parasite that can live in undercooked meat, according to the Centers for Disease Control and Prevention. The good news is that it rarely causes symptoms in an infected person—unless that person is pregnant or has a compromised immune system, in which case it can cause severe flu-like symptoms and, in severe cases, lead to damage to the brain, eyes, or other organs.

“Cats can get it from eating raw meat,” says Sally Haddock, DVM, founder of the St. Marks Veterinary Hospital in New York. “They catch mice, or if you ever feed pets uncooked meat.” Humans can in turn catch the infection through their pet’s stool. “You can get stool on you when you’re cleaning the litter box or petting your cat because they can have microscopic pieces of stool that hang on to them, especially if they’ve had diarrhea,” Haddock says, “and then it sticks on the skin and dries.” Be sure to wash your hands after petting your cat and change its litter box—Haddock recommends you do the latter daily. 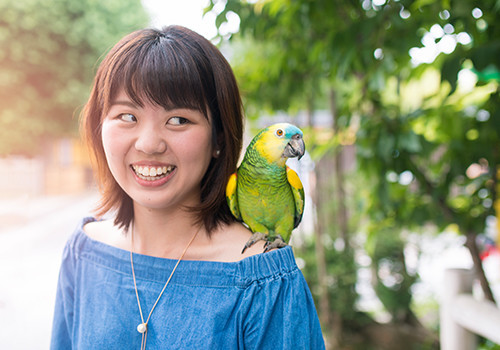 This disease comes from bacteria and can be transmitted by birds. According to the CDC, it can lead to fever, headache, and dry cough. Haddock had it herself once, she says, after treating a bird she didn’t know was infected and while she was already immunosuppressed. Haddock says the infection, which used to be called parrot fever, is self-limiting, meaning people “may have a little fever, a little upper-respiratory thing, but [then] basically it’s gone.” Unfortunately, Haddock came into contact with the infected bird when she was sleep-deprived and stressed. “I was so sick,” she remembers. “I was so weak, I was ready to collapse.”

“Birds can harbor it without being sick and can shed it in their droppings,” she says. “So I tell people they should clean out the cages morning and night.” Otherwise, you risk your bird’s stool hardening, “and then they flap their wings and the bacteria becomes aerosolized.”

If a cat has ever scratched you, you’ve been at risk for this one, a bacterial infection caused by Bartonella henselae bacteria. (According to the CDC, kids under the age of 15 are most likely to contract it.) “This is something that cats get from having fleas when they’re young,” Haddock explains. “The fleas can be gone, but the bacteria can be in their system, and they aren’t necessarily sick from it.” Humans, on the other hand, might experience fever, swollen lymph nodes, or other symptoms. To prevent cat scratch disease, wash the site of any scratches or bites immediately with warm water and soap, and make sure your cat is on a preventive flea medication year-round. “Even indoor cats,” Haddock stresses. “People go, ‘But I don’t have any other pets and my cats don’t go outdoors.’ You can bring fleas in on your shoes and socks.” 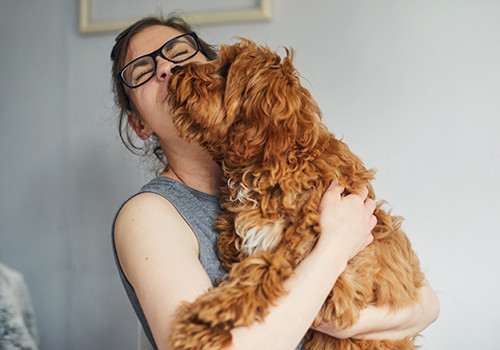 It may be tempting to think roundworm or hookworm aren’t a big deal since the parasites are so common, but Haddock recommends taking the necessary precautions to avoid an outbreak in your home for that very reason. “We go, ‘All pets have roundworms,’ but that’s why you have to do your due diligence and get rid of them,” she says.

She advises practicing common-sense hygiene (i.e. wash your hands after handling your pet and don’t let it lick your mouth), and if your pet is diagnosed with roundworm or hookworm, take the necessary steps to get it treated. Then disinfect your household. “You want to vacuum and throw out the vacuum bag,” Haddock says. “We usually tell people one part bleach to ten parts water solution on floors to try to kill the spores.” She also strongly encourages a lifetime heartworm preventive that covers roundworms, hookworms, and whipworms.

Unlike roundworm and hookworm, ringworm is fungal. “It can cause kind of scaly, hairless lesions on dogs and cats,” Haddock says. “But they can also be asymptomatic carriers, and they have it on their fur and you have no idea.” (On humans, ringworm will often present as a circular rash, hence the name). Haddock suggests grooming your pet frequently to monitor its skin.

Overall, she says, “if you see anything abnormal with your pet, bring it to a vet. Don’t let [the issue] go on and on and linger.” At that point, not only might your pet feel unwell, but it might be spreading its germs to you. Haddock advises, “Just take care of the problem when it happens. Get it before it turns into a major fiasco.” You owe it to yourself—and your pet.

Find other great health and wellness stories at RealSimple.com/Strive.