Lauren DeBellis began her publishing career in 1999 at Country Living, where she spent two years as the executive assistant to the editor-in-chief and contributing writer. She moved into her role as editorial assistant at Parents magazine in 2001 where she focused on lifestyle content. Over the next seven years, Lauren was promoted to various positions, ultimately leaving her role as Lifestyle Editor in 2007. She went on to Quick & Simple as senior home and crafts editor until the magazine folded in 2008. Since then, Lauren has leveraged her experience in all things home, design, DIY, housewares, crafts and entertaining into a full-time freelance career. After staff positions with HomeWorld Business and Gourmet Insider, former trade publications serving the housewares industry, Lauren now works closely with several trade organizations conducting and analyzing consumer and retail business research as it affects the housewares industry. Lauren attended Marist College where she graduated with a bachelor's degree in communication. Her major was journalism with a minor in political science. She was a reporter for the school newspaper and interned at Child magazine during her tenure. She was also a member of the Kappa Kappa Gamma sorority where she held the office of vice president of standards. 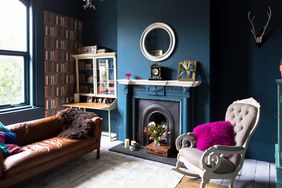